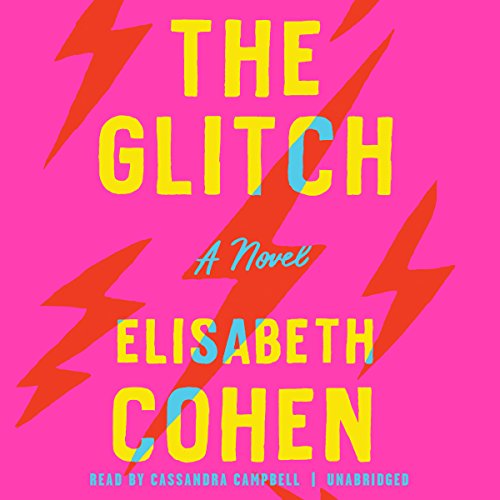 “[A] painfully funny satire of the tech industry. In Shelley Stone, Cohen has created an aggressively unlikable yet captivating and entertaining heroine.... Clever, original, and unabashedly silly fun.” (Kirkus)

"The Glitch takes a hard look at the definition of work-life balance. Through hilarious antics and sensational story lines, Elisabeth Cohen encourages readers to slow down, take a breath and consider the perspective of a younger you. Would that person think you are living your best life?" (Lincee Ray, The Washington Post)

"The Glitch is so many things - corporate satire, techno thriller, poignant family drama, and hilarious portrait of a woman on the edge." (Eliza Kennedy, Entertainment Weekly)

A fast, funny, deeply hilarious debut - The Glitch is the story of a high-profile, TED-talking, power-posing Silicon Valley CEO and mother of two who has it all under control, until a woman claiming to be a younger version of herself appears, causing a major glitch in her over-scheduled, over-staffed, over-worked life.

Shelley Stone, wife, mother, and CEO of the tech company Conch, is committed to living her most efficient life. She takes her "me time" at 3:30 a.m. on the treadmill, power naps while waiting in line, schedules sex with her husband for when they are already changing clothes, and takes a men's multivitamin because she refuses to participate in her own oppression.

But when she meets a young woman also named Shelley Stone who has the same exact scar on her shoulder, Shelley has to wonder: Is she finally buckling under all the pressure? Completely original, brainy, and laugh-out-loud funny, The Glitch introduces one of the most memorable characters in recent fiction and offers a riotous look into work, marriage, and motherhood in our absurd world.

Cute premise but too slow and repetitive for me.

Cool premise but too slow and repetitive for me. Might've helped if performer was a little less flippant and cutesy. Also had a lot of skipping issues.

This was strange. I reluctantly listened to the end. I kept wanting it to get better.

The plot line is extremely slow. Three hours in and I still didn’t know what the plot was, and was ready to return the book.

Smart, very funny satire. The narrator made the story even better. I laughed out loud too many times to count. Looking forward to author's next book.

Painful to get through. So annoying and not funny. I just kept skipping ahead and hoping it'd get better but it was so boring to me.

Three stars mean I am glad I listened. Cassandra is my favorite narrator. I kept expecting an ”It’s A Wonderful Life” ending. It would have redeemed her character. I, a stay at home Mom just could not understand her detachment from her little ones. At one point she thinks she might disappear and she wonders what the people who work for her will think and say. The alarms that would go off for me if I thought my family might never see me again or I them would push everything else out of my mind. I almost think there will be a sequel, which I would probably read if only to see if she fixes herself. Surely, there aren't many women, no matter how demanding/rewarding their careers, who are this indifferent to their husbands and children. I am not a mommy wars person, but is it possible that the author does not have children?