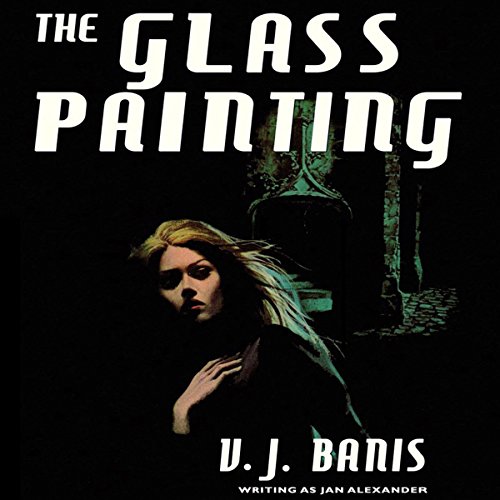 The old painting was done on glass, and found beneath the ruins of the ancient, decaying French mansion that Emily Hastings' sister, Irene, had inherited from the estate of the Marquis de Garac. The cold and distant Monsieur Philippe Gastion informed them that the painting was a forgotten masterpiece and should be given a place of honor.

Soon afterward, Irene became mysteriously ill, and other signs of imminent danger pointed directly toward Emily. There were rumors of the cruelty and unbridled sexuality of the long-deceased owners. A strange black cat haunted the house, and the crumbling mausoleum out back was never to be visited. And then the image on the glass painting began to change!

Would not recommend this book

Would you ever listen to anything by V. J. Banis again?

Would you listen to another book narrated by Mozhan Marno?

If you could play editor, what scene or scenes would you have cut from The Glass Painting?

The story line was pretty lame. I would make a movie out of this book, all about the visuals. It would be deliciously mysterious and evil. Teenagers would love it.

Would you try another book written by Victor J. Banis or narrated by Mozhan Marno?

I wouldn't try another book written by victor j banis but did think mozhan marno did a good job of performing the book.

the litigators by john grisham.

Have you listened to any of Mozhan Marno’s other performances? How does this one compare?

this is the first time I have heard her performing a book. looked at the books she has performed but none of the storylines appealed.

Could you see The Glass Painting being made into a movie or a TV series? Who would the stars be?

the time has gone for this story to be made into a film and there isn't enough material to make it into a series. there is no real hero/heroine to keep it going.

it was fast paced and kept my attention but there wasn't anything new in it to make it any better than any other occult book. the sudden ending didn't help either.