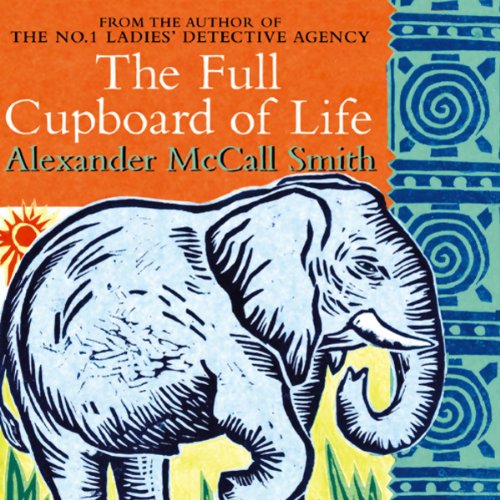 "Highly amusing, intelligent, and heart-warming." ( Scotland on Sunday)
"This is art that conceals art. I haven't read anything with such unalloyed pleasure for a long time." (Anthony Daniels, Sunday Telegraph)
"Forget the library; the body is in the mud hut. An African Marple created by a Scottish law lecturer." (Stephen McGinty, The Sunday Times)

Winner of the British Book Awards, Author of the Year, 2004.
Winner of the CWA Dagger in the Library Award, 2004.

Mma Ramotswe, who became engaged to Mr J.L.B. Matekoni at the end of the first audiobook, is still engaged. She wonders when a day for the wedding will be named, but she is anxious to avoid putting too much pressure on her fiancé. For indeed he has other things on his mind, notably a frightening request made of him by Mma Potokwani, pushy matron of the Orphan Farm.

Mma Ramotswe herself has weighty matters on her mind. She has been approached by a wealthy lady, whose fortune comes from successful hair-braiding salons, and has been asked to check up on several suitors. Are these men just interested in her money? This may be difficult to find out, but Mma Ramotswe is, of course, a very intuitive lady.

The Full Cupboard of Lifeに寄せられたリスナーの声

Another, gentle and in inciteful story, expertly narrated. The worldly wisdom of the No 1 lady detective.

The stories are set in Botswana and McCall Smith captures the essence if Africa perfectly, the sights, smells and the people. You are instantly transported to another a place, enjoying that cup of bush tea with Mme Ramotswe, feeling like you are a friend or a neighbour being told a story. There is a simple, laid back approach to his writing that makes these stories so easy to read.
The characters are all charming and easy to connect with. The stories sometimes ramble and have no real conclusion, but I don’t mind as I love the characters so much I am happy to just spend time with them.
Adjoa Andoh's narration is wonderful, what a perfect choice to bring these stories to life.