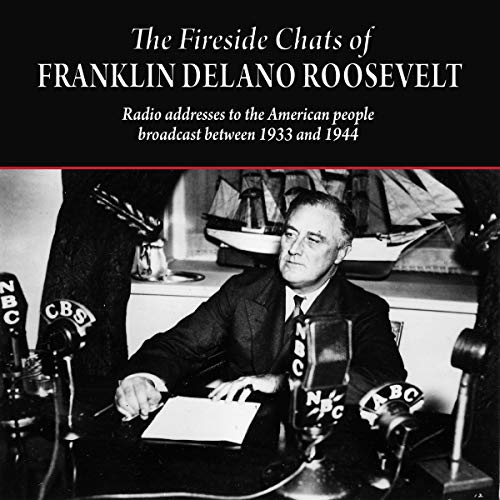 Shortly after taking office in 1933, President Franklin Delano Roosevelt delivered the first of his radio broadcasts to the American public. In simple, plain language, he took pains to explain the basic mechanics of the banking system, the causes of the present banking crisis, and the steps he was taking to stabilize the system.

It was an extraordinary moment, the first time an American President had bypassed the traditional channels of communication (newspapers largely owned by conservative Republicans) and taken his message directly to the people. In doing so, he conveyed a sense of intimacy and engagement with the decision-making process that earned the trust and affection of the American people. He was able to squelch rumors and build public support for the most radical social changes and the largest war in the history of the United States. They are an astonishing testimony to what great leadership looks like, sounds like, and what it can accomplish. There are 30 addresses in all, ranging from about 10 to 30 minutes, given at the rate of about one every five months, with the timing dictated by public events.

The term "fireside chat" was coined by Harry C. Butcher at CBS in a press release in 1933. Most, but not all, of the original addresses were recorded in part or in full. The sound quality, however, is often quite poor. Thus, these new recordings of the published texts of the original addresses. While it is impossible to capture the cheery, affable charm of President Roosevelt, we hope the readings convey the spirit of the times and the temper of the man.

The Fireside Chats of Franklin Delano Roosevelt: Radio Addresses to the American People - Broadcast Between 1933 and 1944に寄せられたリスナーの声