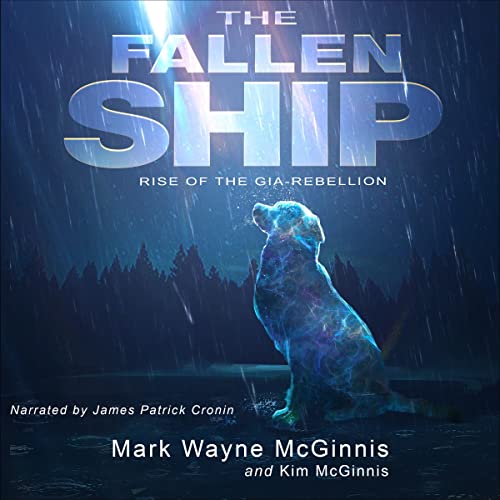 "If I could be half the person my dog is, I’d be twice the human I am." — Charles Yu

Moving on from the trauma of combat in Afghanistan, former Green Beret Captain Sam Dale has just begun to settle down in his hometown of Castle Rock, Colorado. Now the owner of several small businesses, he is unaware that his world is about to be turned upside down. The call comes in at 2:30 a.m. The skies outside have opened up, unleashing a torrential rainstorm. Sam’s small towing company is being tasked with the retrieval of some kind of crashed aircraft.

At the site and up close, Sam soon suspects this is no ordinary aircraft. Could it be…some kind of small alien ship? And that’s when Sam comes face-to-face with the pilot—one who goes by the name of Cypress.

Sam will soon learn that a massive fleet of warships has recently jumped into the solar system, originating from the planet Naru. Soon, the initial stages of terra-displacement will ensue—the ravishing of Earth’s natural resources and genocide of the human populace. Sam and Cypress discover their goals are more aligned than expected—deciding to work together, albeit reluctantly. First up, they must recruit an army of local townsfolk. Unfortunately, too few of them are only marginally acceptable. Others are downright misfits. While it is time to defend a now totally isolated Castle Rock, it is also time to play offense and take the battle to the alien fleet up in space. Sam will now have to become the man he has fought so hard to leave in the past. The decorated Green Beret, the one with killer instincts and combat skills like few others.

And so, the epic interstellar saga, The Fallen Ship, begins….

looking forward to more in the series ,7 words remaining ? if you want people to do you a favor and review your books then don't put a limit on them