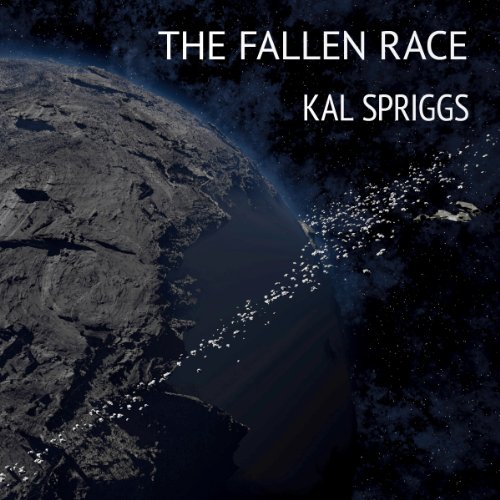 Baron Lucius Giovanni, Captain of the battleship War Shrike, finds himself without a home or nation, his ship heavily damaged, and crew in bad shape. The odds against their personal survival are slim. The time of humanity has come to a close. The great nations have all fallen, either to the encroaching alien threats or to internal fighting and civil war. The aliens who seek to supplant humanity, however, have not taken one thing into account: Lucius Giovanni. He and his crew will not give up - not while they still draw breath. If this is to be the fall of humanity, then the crew of the War Shrike will go down fighting...and in the heat of that fight, they may just light a new fire for humanity...

Really Good Story and Concept, But a Little Rushed

I really liked this entire story, the concept, and the interesting universe that the story takes place in. However, I did feel like the writing style of the author was a little rushed. This could have easily been two books with more back story, detail, and plot.

In the story, humanity has split into a handful different empires and minor powers. Humanity in general is plagued by a corrupt and emotionless alien race bent on galactic domination. The main character is a captain of a ship in one of the more powerful navies. When his home world falls, he an his crew find themselves refugees having to fend for themselves. Eventually, they end up gathering a group of other refugees and some ships, making a small nation of their own. Down the line, they join forces with some mercenaries to recapture the system they originally took refuge in (which had been recently captured by the same alien race that captured the main character's home world) so that they can locate and reclaim the remnants of a legendary, and very powerful, lost fleet of ships. Along the way, they catch wind of another race of aliens that may pose a much greater threat to the human race then anything they have encountered before.

Overall, I loved the whole storyline and concept of the book, but there were many places where the book seemed a bit rushed. For example:
"It was then that the other captain invited me aboard his ship. I was on the other ship when I noticed..." (I just made that up, but I think you get the point)
It seemed to jump from one situation to the next with too little back story, detail, or an appropriate lead-in to the next situation.
Having said that, I enjoyed the book very much and am looking forward to the next in the series.

Awaiting the next in series

Heroes and heroines bet all odds and win. Fast moving space ship survival that does not get mired down in dark brutality. Their is a way to win using courage, brains, morals, loyalty, and forgiveness. With no small amount of luck. Looking for the next book

The story was ok. Not boring, but nothing special. However it does seen to have the potential to become a pretty good series.

Both author and narrator need seasoning

Would you try another book from Kal Spriggs and/or Jonathan Waters?

Would you be willing to try another book from Kal Spriggs? Why or why not?

This book was clearly a freshman attempt. It had some good story and plot points, but he really needs to refine his craft.

It didn't sound like the narrator had much experience. He talked too fast, slurred words and mispronounced words because he hurried. He also needs work on his character voices and accents.

Kal is coming along nicely as a writer.

As this book shows. Tons of action, plenty of plot twists, things toward the end that you would not expect at the beginning.
Well done. lots of room for more stories.

What made the experience of listening to The Fallen Race the most enjoyable?

The idea of the plot

What does Jonathan Waters bring to the story that you wouldn’t experience if you just read the book?

Jonathan Waters is a good storyteller, he's good at convene the emotion of the character.

The story played out a little to perfectly for my taste. There were no big conflicts in the book that didn't work themselves out. Every move was the right one and there was always somebody standing by to bail them out. There was no big term oil between the primary or secondary characters; and I think that's what bothered me the most.

I found the overall story entertaining but not very satisfying. It appeared the author was skipping over details that would have made it more interesting, to an extent that makes it feel like an abridged book.

As for the narrator, while not a terrible performance, the characters didn't sound believable and it was difficult to become immersed in the story.

If the author would go back and flesh out his story and use a more experienced narrator, I'd be a happy man.

Would you listen to The Fallen Race again? Why?

Yes, they have loots of character and different sub-plots going on.

What other book might you compare The Fallen Race to and why?

All "classic" SF The Fallen Race have it all, fall of the space empire,heir to the throne, rebuild the empire, space pirates, lost fleets, psyker, not one but two xenophobic alien races who want to destroy the empire. Nothing is new or inventive but the author take meny parts that make a good epic space story and use them.

The warlord part, then one surviving imperial battleship trying to survive day to day, like trying to keep and pay the crew. get spare parts, trying to get money by hiring themselves out as mercenaries to a planet, and sell fighter engines as racing engines.After that the story shift focus and become more epic and "large"

The main character love to reference to (real) famous sf books and movies, it totally shatter the illusion that the story is "real" laughing about "pregnancy to to birth in 3 seconds" event. How the enemy commander rationalizes the genocide and think himself as a good person. How the biggest baddest imperial battleship escape the destruction. Irritated about, lack of diplomacy and/or cold logic, you purposely trying to exterminate the humans in the Empire, stop the genocide or we (and the big fleet we have) will start to nuke your planets to cinders, we have noting more to louse at this point but you have.

The biggest problem I have is that the two main character is to much of "mary sue" and almost never make a wrong decision, and even spell it out "my only weakness is that I am not omnipotent"

The truth of the matter is the storyline is of a desperate captain who loss his world and must need the resources of a corrupt world to regain working status.
Storyline is nice I enjoyed this book. I found the politics fascinating and I wonder how many laws have to be broken for good to prevail. This is worth a credit, well written and not bad narrated story. The story totally pulled me in, i enjoyed every minute and would buy into a second book if released.

Ugh. Wish I had returned it.

I can't give a full, unbiased review of this book, because I have not finished it. I doubt I ever will. The narrator puts me to sleep, the characters don't stand out, and the first hour or so of story did not hold my attention well enough. I am trying to write this many, many months after first downloading it, and several aborted attempts to listen to it, and still no feature of the story has lingered other than I did not sympathise with any of the characters.

A good book to listen to, but the same theme as alot of other authors, I will down load the rest of the saga when Audible get it on the UK version.