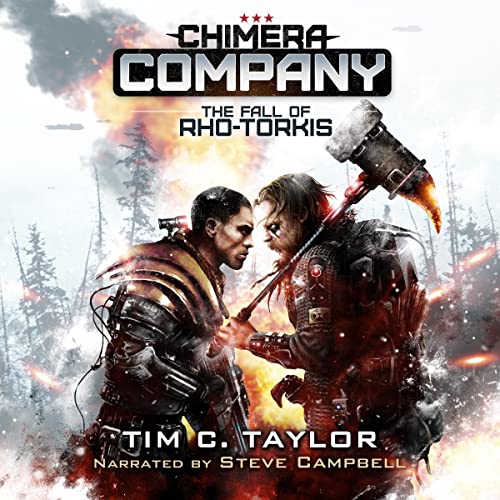 When your worst enemy has your back...you know the mission is doomed from the start.

Sergeant Osu Sybutu of the Legion had a simple mission. Take five men and travel unobserved to a location in the capital where he would deliver a coded phrase to a contact. Simple, that is, except for the fact that there was a war going on, and all the different factions he had to pass by on the way would cheerfully shoot him on sight. And that was only if the planet didn’t kill him first.

Militia Sergeant Vetch Arunsen’s task, however, was far more complex. Shepherd a group of hated rivals across the frozen wastes, keeping them safe from everyone who wanted to kill them, which was pretty much everyone. Including the oddball troopers under Arunsen’s own command, who would happily shoot the Legion soldiers if given the slightest opportunity.

Legion versus Militia. Joint defenders of the Federation. In theory. Their mutual loathing, however, could burn the armor plate off a battleship. For rival sergeants Sybutu and Arunsen, there’s only one way their squads could survive trekking across the ice world of Rho-Torkis.

Got this last week I think and listened to it over a few days.

Action and battle details for me is on the low end but when the battles happen it was nice. But they were over quick for me personally.

Had a few funny bits that made me laugh out as I was working.

Lots of aliens and showed the conflict between the different species.

Good character but I don’t remember their names as I’m really bad at remembering names. (Get confused with my own children lol.)

Overall a good story and I’ll get the next one soon and listen to that to.