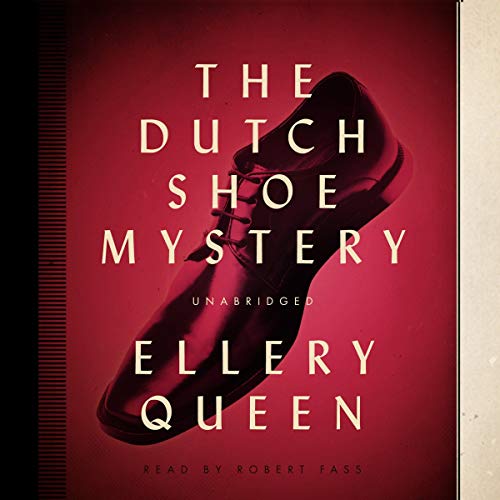 When Abigail Doorn was wheeled into the operation room at the Dutch Memorial Hospital, her face was strangely blue and bloated. A wire had been tightly wound around her neck. The strongest suspect, because he stood to benefit by the death of this wealthy old woman, was her protégé, the famous Dr. Janney. Just before her death he received a strange caller - one whose name he would not divulge.

Ellery Queen, having come to the hospital to visit his old friend Dr. Minchen, had been present during the time of the murder. He immediately took over the case. Besides the problem of Dr. Janney and his caller, Ellery found himself confronted with still another - why had Abby Doorn and her housekeeper quarreled continuously for twenty years? The housekeeper admitted she hated the old woman, and with a religious fanaticism declared she was an evil old woman who had received only what she deserved.

Fun Historic who done it

Light intrigue that was easy to listen to while going about every day chores. This was my first Queen mystery and when I cam looking for something light but not silly and a mystery that makes me think a little without consuming my mind I will will look for another Queen. I tend to enjoy the older mysteries sometimes just to see how the author used the knowledge and resources of the day to solve the crime. Not a cliff hanger but very enjoyable.

Good, but not my favorite in series, so far

Abby Doorn, a wealthy old woman who has endowed the local hospital, seems rmuch beloved to most people there. However, she is in a diabetic coma after taking a fall, and they are preparing her for surgery. Alas, they discover she is already dead--by murder, rather than Nature, and so the mystery begins.

This is a good (enough) Ellery and Richard Queen story. But it is not up to the quality of the first two. To begin with, too many coincidences. For example, Ellery Queen, no kind of medical person whatsoever, just happens to have been invited to observe the surgery that would have taken place, thus is right there when murder is discovered. Also, even though the EQ series does typically employ rather two-dimensional characters in it's setup, some of these were too unbelievable and wooden. Finally, for some reason, I didn't quite think the narration of this one measured up to the quality of the first two.

Don't get me wrong. I really like this series. I am old, but somehow am only now getting around to enjoying them. But there seemed a stiffness (no pun intended in a murder mystery) about this one that was a trifle off-putting. I still recommend it, think other readers will enjoy. Especially when taking into consideration that the books are about 80ish years old.

I was so disappointed with the narrator's ambiguous characterization of Ellery Queen. Was Ellery supposed to be American? British? Gay? He made Ellery sound way too pompous and effete. Also, his rendition of Insp. Queen was too James Cagney. Surely it was possible to make Richard sound like a native New Yorker without making him sound like a thug as well. The story was great though.

Frustrating Can’t recommend this one 😕

Narrator has nuances of Elliot Gould. Makes Ellery sound like an idiot. Not my Ellery Queen.

although and old publication it is still a good read. I hope that some verbiage will be forgiven and consider the era that the book was written

Weird elevators are lifts gurneys are wheeltables surgical masks are gags...these are quotes but a good fun read

not enough action, story moved too slowly, too much review of details of crime in 8 hours of audio. Although I love classic mysteries by Chandler, Hammett, etc, I shall read no more Ellery Queen.

this is a classic. very well read. 2nd time I've listened to it. Ellery is somewhat prissy but he grows on you. there are others on site. that's my next listen sorted.