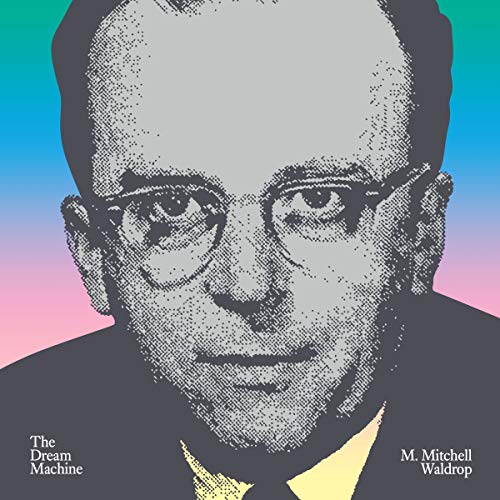 Behind every great revolution is a vision, and behind perhaps the greatest revolution of our time, personal computing, is the vision of J.C.R. Licklider. He did not design the first personal computers or write the software that ran on them, nor was he involved in the legendary early companies that brought them to the forefront of our everyday experience. He was instead a relentless visionary who saw the potential of the way individuals could interact with computers and software.

At a time when computers were a short step removed from mechanical data processors, Licklider was writing treatises on "human-computer symbiosis", "computers as communication devices", and a now not-so-unfamiliar "Intergalactic Network". His ideas became so influential, his passion so contagious, that Waldrop called him "computing's Johnny Appleseed".

In a simultaneously compelling personal narrative and comprehensive historical exposition, Waldrop tells the story of the man who not only instigated the work that led to the internet, but also shifted our understanding of what computers were and could be.

This book was a complete surprise based off the cover which makes it seem like it's going to be very dull and long biography. However, it's not boring at all, in fact I'd say it's probably the best creation of the internet book I've read in that it covers most everything AND it's really well written, moves at a good pace, and is interesting. I like longer and more in depth books but the downside of getting additional detail that makes books long is often the author can bog down the story, and that's why this book is excellent, I never thought the story got bogged down in needless detail, yet I think it provided enough detail for you to understand what is happen, how and why (for the most part).

Overall this is a really excellent book and highly recommended to anyone that has any interest in the subject matter.

The reader does a great professional job as well.

Meh. While the author paints clear biographical pictures of many of the computing founding fathers (nothing about women, however) it was a very dry, uneventful title, and made so partly to the narrator. I might suggest "Eniac" and "Where Wizards Stay Up Late" to learn a little more about the technical aspects of computing and internet development.

I've read most computer history books, and this one does a great job at starting from the beginning of digital computers and connecting all the initial dots to the start of the internet (60s, 70s).

i liked how we learned about the people involved and the effect they had on major industries.

this book showed that with the right people leading, government money can be used to greatly enhance mankind.

This was an amazing book. the performance was excellent. As a computing professional, I love gaining knowledge of the history of the field. This book is as technical as I like yet simultaneously as entertaining. Loved it.

A truly fascinating description of the creation of

While the book's objective is to describe J. C. R. Licklider's contributions to Computer Science it contributes so much more. Not only does it include the huge contributions of all the people who worked under Lick but other huge Computer Science rockstars of the time: John von Neumann, Douglas Engelbart, Robert E. Kahn, John McCarthy, etc.

While M. Mitchell Waldrop describes in detail the individual developments made in the field, he still manages to create an atmosphere of looming demise during World War II as well as a bubble about to bust just before Apple and Microsoft created their first PCs.

This book must have required a huge amount of research and investigation and I am so glad that it exists. I only wish there was more like it.

Jamie did a great job reading it.

I wish they had enlisted a reader who was familiar with computer science terminology, who would use correct pronunciation. Hearing terms mispronounced became a significant distraction by the end of the book.