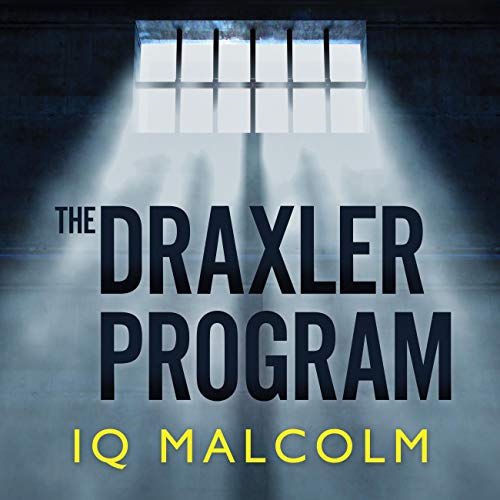 The choices that make us are the same ones that break us - a fact that Pete Rivers, a convicted con artist, knows all too well. After a lifetime of tough choices gone wrong, he thought he faced his easiest decision to date. Enroll in the Draxler Program and keep his brain intact, or do nothing and accept the mandatory brainwashing at the end of his prison sentence. If only it were that simple.

Rivers soon finds out the Draxler Program isn’t actually a criminal reform program. It’s a reality TV show, and he’s a contestant. Like him, his fellow contestants are convicted felons, and their lives now rest in the hands of the voting public. The winner gets to earn their freedom with their mind intact, and the losers face an early trip to the washer. Or is there a third choice?

This was an excellent, new interesting idea for a story! It leaves you hanging on the edge of your seat the whole time! A psychological cliff hanger done very well!

I was rooting for the main character almost from the start. The characters are written with depth that makes you feel for them.

I really enjoyed this one. Great for fans of psychological thrillers!

Narration was excellent! Easily kept my interest and had an easy flow and emotions appropriate.

Four stars over all!

To keep from having their minds erased prisoners can become part of the Draxler Program where they are taught how to become responsible citizens, making good decisions. But when something sounds to good to be true....
Enter the world of Peter Rivers, prison inmate who's only wish is to be released from prison with his mind intact. Not wanting to have his mind erased he jumps at the chance to become a part of a three year program that, upon completion, will release him from prison without having his mind erased. Or so he thought....

The narrator does a wonderful job portraying the characters.

I received a free copy of this audible at my request, I'm thrilled to be able to submit my review.

What a wild ride! The Draxler Program exceeded my expectations. The quick pace and thrilling twists kept me hooked throughout.

I. Q. Malcolm did a fantastic job with this unique and interesting story. I’ll certainly be looking for more from this fine author.

Leslie A. Rice IV was the perfect narrator for this story.

This was a fun listen. It had me racing to get through. The characters seemed fairly realistic. The pace was great. The use of current events (Bill Cosby) made it relatable, but may limit the longevity of the book.

I would give it 5 stars, but there was a sort of give-away that I picked up on that told me what would happen, so some of the twists and turns were not as surprising as they could have been.

Narrator was great for the personality of the character...seemed like a very good fit. Believable as a confidence man.

I was given a copy of this audiobook at my request in exchange for a fair and honest review.

Nothing shatters quite as painfully as hope.

The Draxler Program is set in a near future or alternate world system, very similar to our own, but where convicted repeating criminals are mind 'washed' after serving their sentences, to spend the remainder of their lives as near mindless drones. Peter has a!ready served part of his prison time as a convicted confidence artist when he is offered a possible way out of the much feared brainwashing: a tough and radical three year reform program for a few selected prisoners, which, if successfully accomplished, promises released without mindsetting. There is a downside: failure within the Draxler program results in the earlier ending of prison time and immediate 'washing', but success would mean freedom in just three years. Despite the probable hardships, it sounds too good to be true. And as any good conman should know, if it sounds too good it probably is.

This fast action novel follows Peter as he meets fellow Draxler candidates and learns that all is not as it has been said to be. Like Peter, the reader is taken through a journey of trying to survive in situations which seem to alter perspectivd. The characters are interesting, though not always empathic or fully deve!op-ed although the excellent narration of Leslie A.Rice very much helps to give them substance, each protagonist portrayed individually, and Mr.Rice's rounded, deep and honeyed voice perfectly suited for Peter, from whose point of view the story is written. A good overall performance, read with emotional connection to the text.

My thanks to the rights holder of The Draxler Program, who, at my request via Audiobook Boom, freely gifted me with a complimentary copy. It was a very enjoyable listen and, although different in content, reminded me of the film, The Game, 1997, starring Michael Douglas - the feeling of life being out of control. This is certainly a book I would recommend to readers who enjoy their thrillers to be a little bit different and one which I might possibly return to re-read in the future