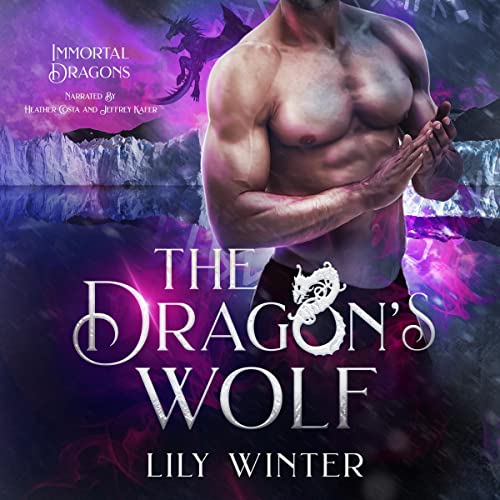 What would happen to a dragon if her mate refused her?

This was the question that plagued Kayda. I’d barely come to terms with the possibility that I’d be inexplicably and unintentionally be drawn to someone I barely knew. I’d struggled to understand how I could have a need for someone when I’d always been so independent before. And I had no idea what was supposed to happen next.

Honestly, I’d feel more comfortable with a blood sacrifice to Satanists than I would being tied to a wolf shifter. Or any shifter. Or any man. Trusting men was how I ended up like this. I couldn’t believe I’d been so easily duped. And trusting my dragon didn’t seem much safer.

Yet here I was, longing for Arrow, the most difficult being I’d ever encountered. He didn’t want me. I could tell. There was no light in his eyes when he met my gaze. He shied from my touch. He kept his distance, but I refused to keep mine.

ArrowWolves mate for life. I’d already found my mate. We’d had it really good for a while, until she died while giving birth to our child. In an instant, I lost both of them. I wanted to die too. Apparently, my suffering wasn’t over yet because I was mostly surviving.

I struggled to get through every day. Luckily, I was kept busy with work. This sense of purpose kept me functioning, even if I was going through life without really living. When I’d get really depressed, I’d remember happier times. Those were over. One mate. For life. I mostly waited to die.

Then I was saddled with a new job. The rescue mission had been a success. Kayda was free, but my work was far from over. I was supposed to look out for her while her sister was enjoying her wedding. I took her to Florida to pick up a car left there previously by Gideon. We spoke to a medium. While I never placed much stock in that kind of thing, that seemed to be the only area where Kayda and I agreed. We weren’t meant to travel the same path. We were tolerating each other for as long as was necessary.