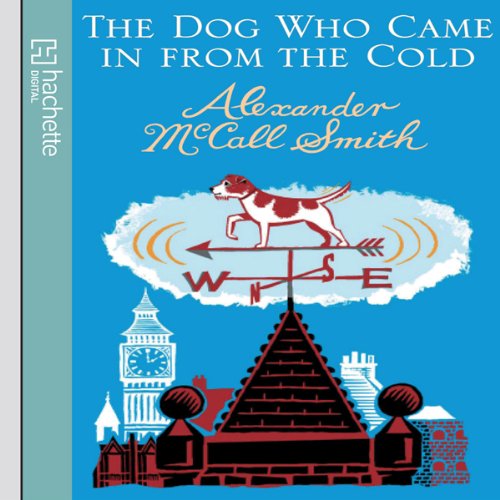 The Dog Who Came in from the Cold

Alexander McCall Smith is a storyteller par excellence and the master of the serial novel form. Not content with the runaway success of the 44 Scotland Street novels he has established a second series, Corduroy Mansions, of which The Dog Who Came in from the Cold is the second volume.

McCall Smith treats his characters as old friends, dropping in for a chat with them and to see what they’re up to. On this visit the residents of Corduroy Mansions, the charmingly crumbly mansion block in London’s Pimlico, are as full of stories and news as ever. Barbara Ragg, fearless literary agent, succumbs to romance and the charms of the Scottish Highlands whilst her colleague and rival Rupert Porter tracks a mysterious author through the halls of Fortnum & Mason. Dee, vitamin evangelist and retailer, hits upon a miracle cure with her Sudoku remedy while the loveable Terence Moongrove, exponent of sacred dance, is saved from financial ruin through timely intervention by The Green Man. And Freddie de la Hay, that most urbane and long-suffering Pimlico terrier, is enlisted as a secret agent by MI6 to spy upon suspect Russian businessmen.

McCall Smith creates a vivid and fast-moving world in which minor miracles occur when city-dwellers break the habit of a lifetime and talk to their neighbours. And their dogs.

if u are ever feeling a bit down this story & the rest of the Corduroy Mansions series will cheer you up. they are wonderful. Andrew Sachs is a fabulous reader & brings the whole thing to life with his characterization .

Just lovely. Thought provoking and humours. Second of C Mansions. Great plots and characters. Love the subtle refs to psychoanalysis through characters relationships. Freddie being my favourite though, maybe you just need d to be a dog lover to get that though! . More Freddie stories please. I found it helpful to start with book 1 in series to grasp the origins of the characters and keep track of who's who

I do keep wondering if oedipus snark is really Boris Johnson.
Light, funny and engaging but with some good life lessons for all of us underneath.