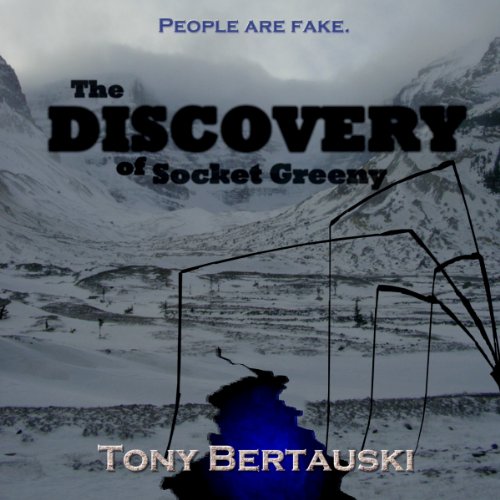 The Discovery of Socket Greeny is the first book in a young-adult sci-fi trilogy that explores love, angst, and Zen-like acceptance of true nature in kick-ass fashion. Reluctant readers, especially boys, will find this story compelling, enlightening, entertaining, and, yes, even emotional.

Work comes first for 16-year-old Socket Greeny's mother ever since his father died 11 years ago. Now, in this tech-driven futuristic society, he's zoned on energy drinks and living in virtual worlds. He doesn't know what his mom does for a living, but the bills get paid and the refrigerator is full, so why bother with details? His only real-world thrill is fighting. He doesn't always win, but that's not the point. Breaking skin is a reality rush. But worlds change. Socket starts hearing other people's thoughts. He thinks he's hallucinating, even when time seems to stop. But when his mom arrives at school, he knows it's for real.

She's there to take him to work. The Paladin Agency. He discovers an evolved race of humans that have existed for centuries, where thoughts can be heard. And felt. They are people who can manipulate time through the body's metabolism. They protect the rest of humankind and strive to bring them understanding of their full potential. But some Paladins see humankind as inferior. Imperfect. Cancer.

Socket soon finds himself in the center of controversy when he's anointed a Paladin prodigy. He didn't ask for the "blessing" of psychic powers and the ability to timeslice, he just wants to go home and be normal again. But, sometimes, life doesn't give us that privilege, his mom tells him. And when humankind is threatened, Socket discovers what that means. If he doesn't embrace his true nature, the world will change forever.

The Discovery of Socket Greenyに寄せられたリスナーの声

Socket .. what a name and what a guy

I really enjoyed this book (and the trilogy). The narrator was fabulous and the story was captivating. As a VR challenged individual it was amazing to envision the future impacts and obsessions it entails.

Socket is just a kid and acted like a kid and hung out with kids .. until he wasn't expected to be a kid anymore. I loved the relationships he had with his friends and how hard he tried to keep them in his life, regardless of anyone's expectations. I enjoyed the fact that when he was hanging with his "buds" he acted like a kid.

And who wouldn't want to hang with his buddies Spindle and Rudder.

I'd recommend this to anyone that wants to suspend reality for a bit, ignore COVID-19 and just immerse in an alternate reality with some good guys and some bad guys and watch a kid grow up the hard way.

The perfect escape from COVID-19 news. Socket shared with me another world and I can't wait to continue the ride!