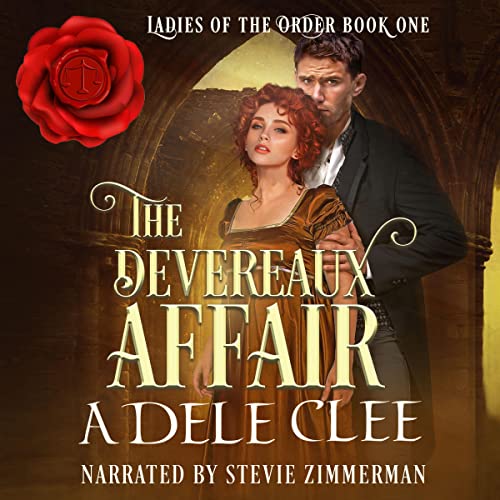 As the daughter of a famed courtesan, Julianna de Lacy had seen more than her share of heartbreak. As a child, her own heart was broken the night her mother dragged her from the Marquess Devereaux’s mansion and forced her into a stranger’s carriage. It was not the fear of meeting her mother’s new lover that had Julianna sobbing, but the fact she was leaving Bennet Devereaux - the marquess’ young son and Julianna’s only friend. Their parting words became a mantra she recited every night before bed.

Two promises made and broken.

Someone is trying to kill Bennet Devereaux. The 27-year-old marquess has received copies of his obituary, witnessed two staged murder scenes, and fears the third might be his last. Desperate to uncover the culprit, he seeks to hire an enquiry agent. Imagine his surprise when the only available agent is a woman - a woman who was once his childhood friend and confidante.

Two people thrown together by fate.

Bennet and Julianna must find the villain before it’s too late. But the deep bond they forged as children quickly develops into an intense attraction. How will they navigate these uncharted waters when Julianna refuses to be any man’s mistress? What options are left for Bennet when he can’t make a courtesan’s daughter his wife?

Find out in The Devereaux Affair, book one in Ladies of the Order series.

Finally, a regency romance with good mystery and plot!

I love regency romance novels, but too often the romance is the only plot line and it gets drawn out simply by the characters being insecure or one of them keeping a secret, etc. This book has a lovely romance AND a page turning mystery full of “who done it” intrigue! I can’t wait to read the next one in the series. The audio narrator for this was also fantastic! I hope she does the narration for her future books!