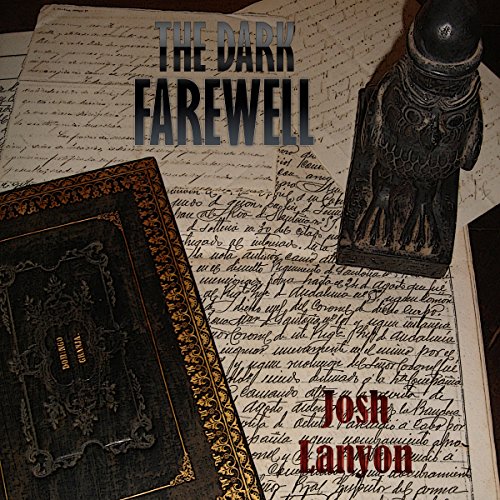 Don't talk to strangers, young man - especially the dead ones.

It's the Roaring '20s. Skirts are short, crime is rampant, and booze is in short supply. Prohibition has hit Little Egypt, where newspaperman David Flynn has come to do a follow-up story on the Herren Massacre. The massacre isn't the only news in town, though.

Spiritualist medium Julian Devereux claims to speak to the dead - and he charges a pretty penny for it.

Flynn knows a phoney when he sees one, and he's convinced Devereux is as fake as a cigar store Indian. But the reluctant attraction he feels for the deceptively soft, not-his-type Julian is as real as it gets.

Suddenly Julian begins to have authentic, bloodstained visions of a serial killer, and the cynical Mr. Flynn finds himself willing to defend Julian with not only his life, but his body.

I enjoyed this book. The characters were well developed and interesting. The narrator did a great job with the voices and dramatization. I appreciate historical writing that gives me a new perspective or insights into how things may have been in that time. This showed a bit of how things were for gay men and how serious illness was understood and misunderstood. For a relatively short book, it has a lot going on in it.

Original Audiobook Review September 2019:
The Dark Farewell is a lovely blend of mystery, romance, and history to make this post-WW1 era come alive and the narrator, Max Miller, does a wonderful job doing so. There's really not much I can add to my original review as to the story itself other than to say I still love it just as much. David and Julian still have an intriguing pull of faith, disbelief, and trust that will break your heart one minute and warm it the next.

1st Re-Read Review 2016:
All I can say is I still loved David and Julian's story and that I hope we hear from them again. The duo is just so precious, sexy, and just plain fun.

Original Review 2014:
I once again enjoyed the vintage, paranormal behind this mystery. Passion, skepticism, drama, weariness abounds in this tale. Once again my only flaw is that it's just not long enough. Josh Lanyon creates characters and plots that just latch on to my heart, soul, and sets my imagination into overdrive that I just don't want to say goodbye when the last page hits.

didn't care for it

This was a historical set after the war, when many young men were killed. The hero is a newspaper man, in the closet, and still hurting since the death of his lover paul. He falls for a man who hears voices and is employed as a medium.

I didn't really care for the romance in this one. hero spends most of his time deriding Julian for his job as a medium, and then later, they make Julian too much a damsel in distress. He's a grown man, and Lanyon spends too much time describing his beauty and childlike skin. I got creeped out.

I can listen/read The Dark Farewell all the time. Both, the author and the narrator, give the book such a beautiful noire feel and they drag me along with the story like a row boat on a calm lake :)
Love the supernatural element to it, there is just enough of it there, but it makes such wonderful addition.

An interesting audio short/novella. Set just after WWI, very atmospheric, fascinating characters, unique storyline. It was all going well until the abrupt ending. WTH, Josh? See, this is why I hate most shorts. Yeah, I dreamed up my own conclusions, but I would have preferred you'd done it. And please don't use that narrator again.

Strange, atmospheric tale. Well written, well crafted in true JL style, but sadly the flat tone of the narrator sent me to sleep more than once, thus the tension and passion within the story did not find it's true mark, so I class this book as a miss.

Another excellent audio version of one of Josh Lanyon's books, a mystery set in the 1920s. Setting and characterisation were beautifully realised and the relationship building between the principles was very well done.
The narration was very good. Each character was distinguishable from the other by speech patterns, tone and pitch and I had no problem working out who was talking. BUT, sometimes the narrator's voice dipped too low and I missed what was said. Using Bluetooth headphones I don't want to have the sound on maximum just to hear the quiet bits. Apart from that, I'm very happy overall.
If you like mysteries set with attention to historical detail and with engaging characters (whether you like them or not) then I recommend giving The Dark Farewell a go.