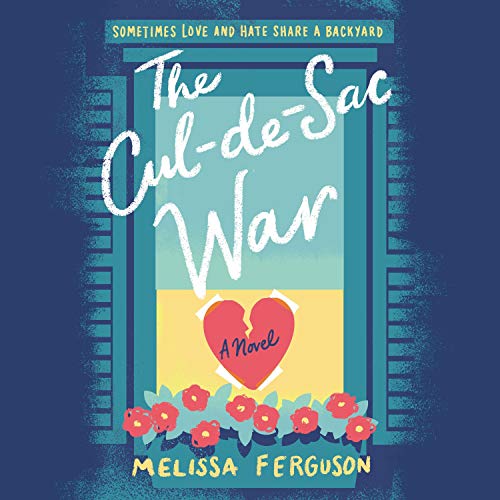 Bree Leake doesn’t want to be tied down. She’s had more jobs than she can count, and she plans to move as soon as the curtains fall on her less-than-minor stage role at The Barter - the oldest live performance theater in the US. But just when it’s time to move on again, Bree’s parents make her an offer: hold steady for a full year, and they will give her the one thing she's always wanted - her grandmother’s house. Her dreams are coming true...until life at the theater throws her some curve balls.

And then there’s Chip McBride - her handsome and infuriating next-door neighbor.

Chip just might be the only person whose stubborn streak can match Bree’s. She would move heaven and earth to have him off her cul-de-sac and out of her life, but according to the bargain she’s struck, she cannot move out of her house and away from the man who’s making her life miserable. So begins Bree’s obsessive new mission: to drive Chip out of the neighborhood - and fast.

Bree isn't the only one who’s a tad competitive, and Chip is more than willing to fight fire with fire. But as their pranks escalate, the line between love and hate starts to blur - and their heated rivalry threatens to take a hilarious, heartwarming, and romantic new turn.

“A book that is filled with both humor and heart.” (Debbie Macomber, number one New York Times best-selling author)

“Melissa Ferguson’s The Cul-de-Sac War is sweet, zany, and surprisingly tender. Bree and Chip will have you laughing and rooting for them until the very end.” (Denise Hunter, best-selling author of Carolina Breeze)

This is the second book I have read by Melissa Ferguson and I can't wait to read her next one! The Cul-De-Sac Wars is a fun, zany, sentimental love story that kept me surprised and laughing at the crazy antics of the two main characters. Again, I was sorry to see it end, I enjoyed it so much.
It's so nice to read/listen to a clean love story as well!

This book for me was “just ok”. It was a pretty flat read/listen. It sounded like a fun book based on the publisher summary and other reviews. It was basically all pranks on each other, no real relationship, until the last 30 minutes when they decide that “hey I like him/her”. I won’t be buying any more books from this author. It shouldn’t be in the romance category.

The story was predictable and sweet. It completely died at the end... it felt as though the author needed too get it in to publish... sort of disappointing

Couldn't finish this. It had yet another hateful main character, which is super annoying. Narration was fine.

A must listen. I enjoyed this book so much, I am looking forward to owning a paper copy.

Although you don’t find out the characters are Christian until about chapter 15, the “showing” of their characters and how they conducted themselves overall is evident. Chip shares his insight to Bree that this life has its limitations and the life to come is where true contentment can be gained.

There’s a beautiful scene of the father’s heart also shown at the end regarding Chip’s dad.

I can appreciate that this book “shows” Christian living rather than “preaching.”

The pranks and fun are great for entertainment and I cracked up several times throughout and had a smile on my face for most of the book.

The narrator did an excellent job with the character voices and nailed the male voices which can be off putting in a romance if done wrong. So well done to Kate Rudd. 5 stars for your performance too.

Overall, 5 stars all the way.