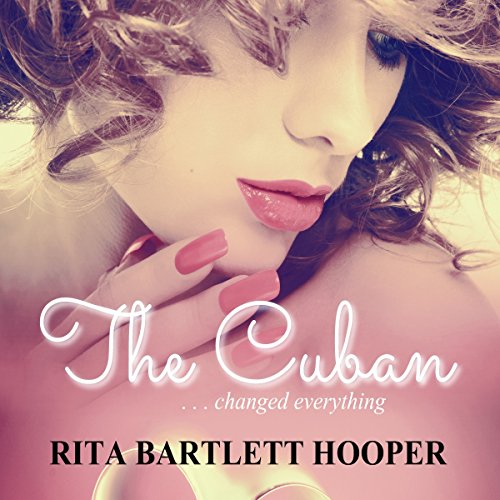 A searing exploration of temptation and guilt, The Cuban introduces an unforgettable heroine caught between the life she's fought for and the man she loves.

Ambitious, brilliant, and beautiful, Cate is a woman who is definitely on her way up. Born into poverty, she has powerfully defeated the odds and now, after passing her bar exam, is poised to launch a stellar law career. But first, a beguiling summer of freedom awaits her.

At a posh invite-only party, Cate meets and becomes fast friends with Eva, an extraordinarily wealthy temptress who hails from Mexico City. Together, they dive head first into the frenzied 1980s Houston social scene, strewn with fast cars, glittering nightclubs, enticing men, mind-bending drugs, and passionate sex. Bedazzled, Cate believes she is at least somewhat in control until she meets the Cuban and is swept off her feet.

In a deliciously sexy and emotionally wrenching debut novel, passion and chaos collide head-on with the need to stay true to one's higher purpose. Filled with love, desire, craving, guilt, and self-betrayal, the book focuses on a woman torn between the love of her life and her own moral compass.

Will Cate be able to choose between power and self-esteem, and intoxicating love and risky adventure?

How far can she afford to stray from everything she's ever worked for before she totally loses herself?