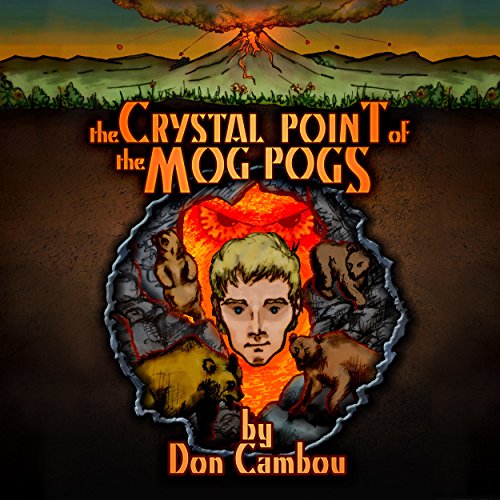 Move over Harry and Percy, there's a new kid in town. Or, more precisely, out of town. He's 11-year-old Meriwether Lewis Bowman, but he'd prefer it if you just call him Lew. He lives with his parents in the volcanic wilds of the Mt. Lassen area of northern California. With his Grandpa, who's six feet five and looks like an NFL linebacker, Lew finds that the wilds are much wilder than he could ever have imagined. It's a place where legendary beings like were-bears and chupacabras do exist and they're struggling for control of the natural world. Lew didn't want any part of their ancient fight, but now he's at the very center of it. He has only his wits, his best friends, the "Gift", and the Mog Pogs to help him battle some of the most powerful forces on earth. But then, it's like his Grandpa says: "Life is full of surprises, and they aren't all good. Sometimes you just have to make the best of things."

This is the first novel by Don Cambou, who for a dozen years Executive Produced Modern Marvels for the History Channel. It's also the first novel of The Mog Pog Saga. Cambou has turned his talent from nonfiction to this work of rich fantasy. Although it's written for Middle Grade readers, few lovers of the genre will be able to resist the action packed, page turning, nail biting, ecological adventure he has created.

The Narrator is multi-talented voice over professional Lloyd Sherr, the voice of Modern Marvels, many other television programs, and animated characters, including some for Pixar's movies.

The Crystal Point of the Mog Pogsに寄せられたリスナーの声