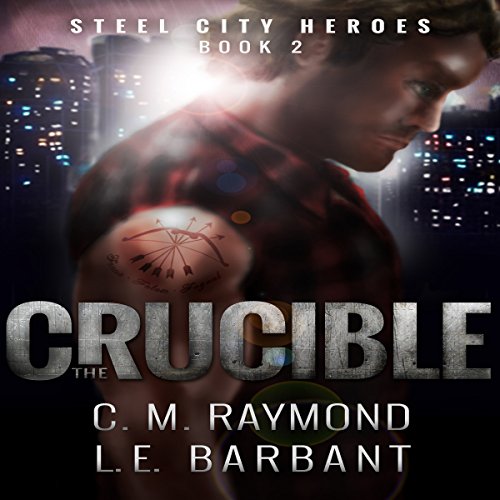 They survived The Catalyst, but can they handle what's coming next?

Elijah Branton, part-time professor, part-time monster, is struggling to get a grip on his powers while integrating more fully to life in Pittsburgh. But a mysterious death brings last year's tragedy into the spotlight, forcing Elijah to question how much control he really has.

Meanwhile, Willa Weil is on a one-woman revenge mission in pursuit of demons from her family's history. She must uncover the truth about her past in order to save the future, but can she save it from herself?

In desperate need of a breakthrough, Chem's days and nights are consumed by the lab. But progress remains elusive and an ex-mercenary with a violent pastime keeps interrupting his research. There are some problems that science can't solve.

Can our heroes save the Steel City or is the past doomed to repeat itself?

The second book in the Steel City Heroes series, The Crucible is a fast-paced action adventure story filled with murder, mystery, and magic. It questions the madness that so often accompanies power and the motivations that lay in the heart of all who call themselves heroes.