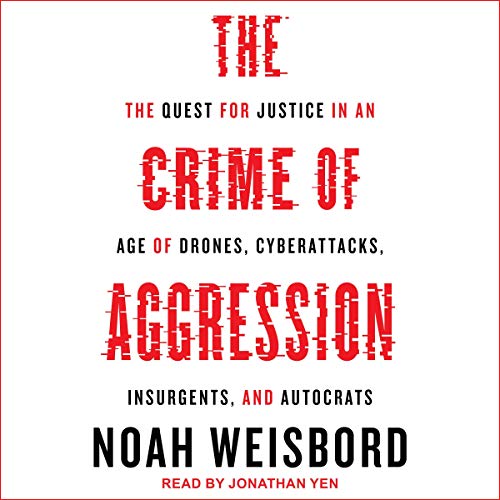 On July 17, 2018, starting an unjust war became a prosecutable international crime alongside genocide, crimes against humanity, and war crimes. The Crime of Aggression is Noah Weisbord's riveting insider's account of the high-stakes legal fight to enact this historic legislation and hold politicians accountable for the wars they start.

Weisbord, a key drafter of the law for the International Criminal Court, takes listeners behind the scenes of one of the most consequential legal dramas in modern international diplomacy. Drawing on in-depth interviews and his own invaluable insights, he sheds critical light on the motivations of the prosecutors, diplomats, and military strategists who championed the fledgling prohibition on unjust war - and those who tried to sink it.

The power to try leaders for unjust war holds untold promise for the international order, but also great risk. In this incisive and vitally important book, Weisbord explains how judges in such cases can balance the imperatives of justice and peace, and how the fair prosecution of aggression can humanize modern statecraft.