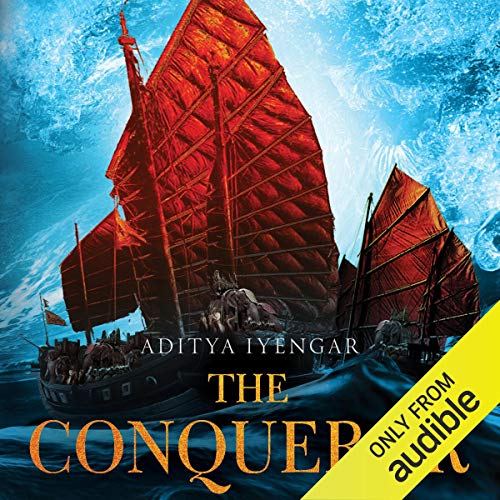 It is AD 1025. The mighty Chola empire that controls much of southern Bharatvarsha is helmed by Emperor Rajendra Chola I - a man as enigmatic as his kingdom is renowned. Known for his might and vision, he has now set his sights upon the southern seas, governed by the powerful Srivijaya empire.

But his victories also bring forth stories of those affected by his ambition. Of an unnamed princess forced to fend for herself among enemies after everything she has ever known is destroyed by the ravaging Chola forces. Of Maharaja Sangrama, captive in an alien land, who is torn between his enmity tempered by an unusual friendship with the elusive Rajendra Chola and his fierce determination to return to his kingdom.

Told through the eyes of a prisoner of war and a princess without a kingdom, The Conqueror is a magnificent narrative - of war and conquest, of loss and death, of kingship and legacy.