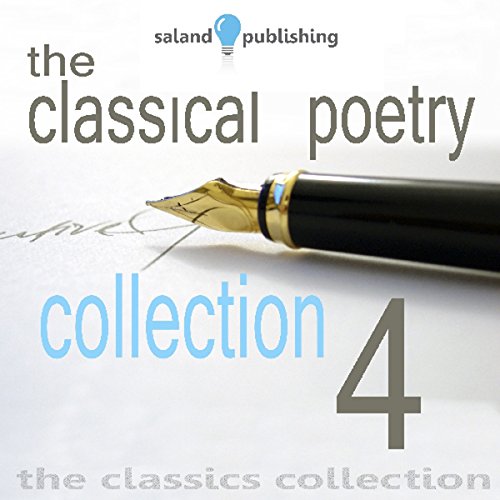 Worst ever purchase from Audible

What would have made The Classical Poetry Collection, Volume 4 better?

A refund, which I can't get.

What was most disappointing about the authors’s story?

The sample sounded promising and the price was good so I thought, despite the lack of reviews, what's to lose?

This is accompanied by light classical music which at times overwhelms the narrator's voice. Not that it matters.

The narrators were mostly awful For example, whoever the mystery narrator of A E Housman's section was, the reading was in a peculiar nasal, flat accent. This may have been an attempt to approximate the local accent, i.e. to be 'authentic', but it was godawful and fake sounding.

Some sounded like old original recordings which were possibly of the poets themselves but you have no way of knowing this.

Disgust, anger and sadness over the wasted money.