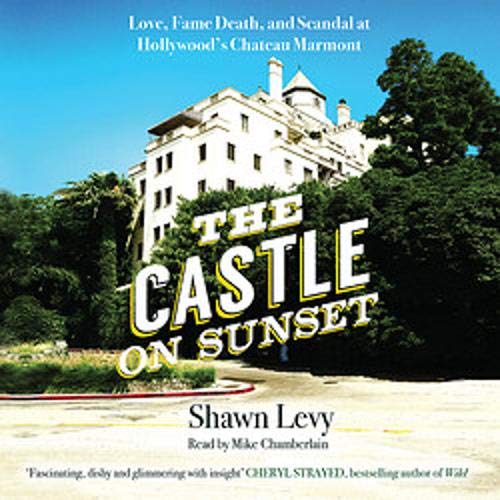 Chateau Marmont has sat atop the Sunset Strip for nearly a century, like the Rock of Gibraltar. It is a place filled with deep secrets but is hidden in plain sight, and its evolution parallels the growth of Hollywood itself.

Since the dawn of talking pictures, the Chateau Marmont has promised privacy, mystery and a whiff of old glamour. It's where John Belushi overdosed after a three-day binge, it's the place where Roman Polanski and Sharon Tate lived while their infamous house on Cielo Drive was being completed. Billy Wilder, F. Scott Fitzgerald, Gore Vidal and Howard Hughes all spent time as long-term residents in the Chateau. Rebel without a Cause, starring James Dean and Natalie Wood, was largely conceived, cast, rehearsed and, in some way, lived, in one of its suites. Led Zeppelin may or may not have driven motorcycles through the hotel's lobby. Beyoncé and Jay-Z recently threw an Oscars bash in the hotel parking garage.

With wit and prowess, Shawn Levy recounts the wild parties and scandalous liaisons, creative breakthroughs and marital breakdowns, births and untimely deaths that the Chateau Marmont has given rise to. Vivid, salacious and richly informed, the book is a glittering tribute to Hollywood as seen from the suites and bungalows of its most hallowed hotel.

Rather disappointing, as the narration was awful, and far more detail about the actual building than the people who stayed there .

This book wasnt bad, I listened to the end, however, it disappointed me in that it focused on the building, endless renovations, numerous buyers and sellers of the Marmont, and although the stories about the patrons when they were mentioned were interesting, overall, far too much emphasis on the building itself for my liking. Mildly enjoyable.