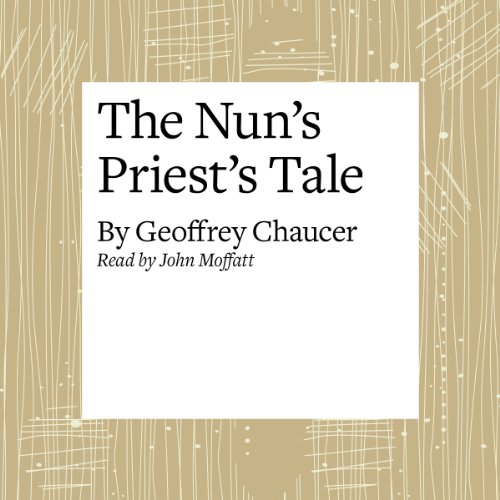 This is a story from the Canterbury Tales II: Modern Verse Translation collection.

Four more delightful tales from one of the most entertaining storytellers of all time. Though writing in the thirteenth century, Chaucer's wit and observation comes down undiminished through the ages, especially in this accessible modern verse translation. The stories vary considerably from the uproarious Wife of Bath's Tale, promoting the power of women to the sober account of patient Griselda in the Clerk's Tale.

There’s a reason Geoffrey Chaucer’s Canterbury Tales have survived and thrived for hundreds of years since first entering the English literary canon in the late 14th century. Although they might seem, at first, so foreign as to be utterly inaccessible to modern audiences, they prove themselves in translation to be truly universal in every sense of the word, just as entertaining and even educational now as ever. Chaucer’s wry, sly witticisms and humorous asides, his scathing satirical commentary, his deftly sketched morals and deeply felt wisdoms: these have all survived the test of time.