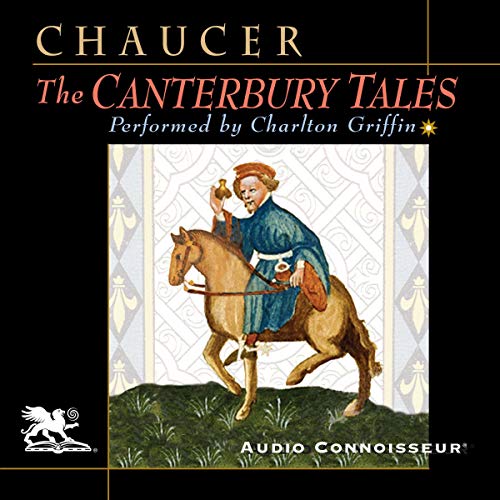 If you want to understand the daily life and psychology of the late Middle Ages, Ronald Ecker’s classic translation of The Canterbury Tales provides one of the very best means of doing so. Within its audio is to be found a broad range of society - high and low, male and female, rich and poor - who express their innermost beliefs and extravagant fantasies in a series of stories they tell as they make their way to Canterbury Cathedral.

Politics, religion, commerce, philosophy, love, sex, honor, alchemy, and just about everything known at the time is discussed with gusto and sincerity by these lively pilgrims. From the pious tales of nuns to the bald ribaldry of common tradesmen, the full panoply of Medieval man is on display here. And it is done with a genius unmatched in any work of its time.

Chaucer, who was active in the second half of the 14th century, lived in a dynamic and epoch-changing period. He was a participant in the Hundred Years War and knew the great King Edward III personally. He was an eyewitness to events of the time, and his wry wit was put to brilliant use in service to his poetry, among the best ever written by an Englishman. Although we listen to Chaucer in translation today, his original hybrid language - part Saxon, part French - is the immediate predecessor to our own modern English. And even in translation, its magnificence shines through.

The book was better

I’m not a big Chaucer fan but decided to listen after reading only “The Wife of Bath’s Tale” since graduate school decades ago. I’m still not a fan, but I enjoyed reminders of the story of Cecilia and many other classic tales. The reader’s accent works well, but his lack of appreciation for enjambment is annoying.