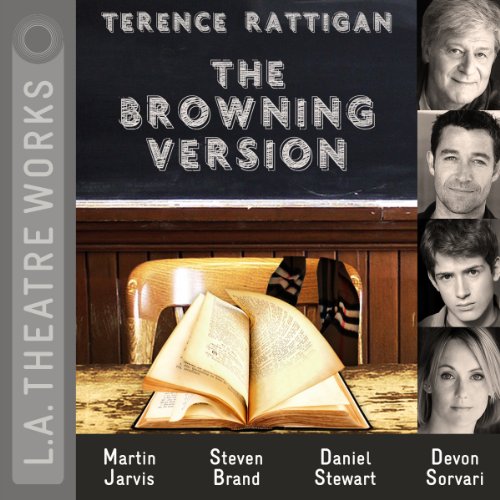 In Terence Rattigan’s classic drama, an aging schoolmaster at an English secondary school faces the harsh judgments of his students, his fellow teachers, and his vicious and spiteful wife. But can a lone act of kindness from a sympathetic student change his heart?

This recording also includes an interview with Michael Darlow, the author of Terence Rattigan: The Man and His Work.

Ian Ogilvy as The Headmaster

Directed by Peter Levin. Recorded by L.A. Theatre Works before a live audience.