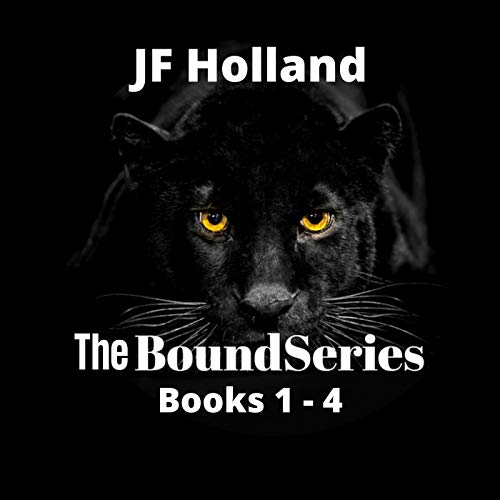 At four years old, Maya Rawlings witnessed her own father horrifically murder her mother. Brought up by an older aunt, she knows nothing of her family history.

She wants a family of her own to make up for all that she's lost, but it's difficult to achieve when she's not attracted to anyone. That is until the night of her 21st birthday, when a strange mark appears on the palm of her hand. The mark is followed by recurrent nightmares of fleeing for her life and the voice of a man offering her things she's always dreamed of. Is he real, or is she finally losing her mind?

Jaden Matthews is a loner who never settles in one place. He doesn't do forever, not after the murder of his parents and younger brother. That is until fate decides to step in and a mark appears on his hand. It seems he now has a mate.

After waiting for 21 years for her to mature, the clock is now ticking. First, he needs to find her, and his search leads him back to a place he'd vowed never to return. He's not the only one there hunting her, though.

Can he use his skills to not only get rid of the threat to her life but also persuade her to agree to the binding? Or will he be destined to walk a limited lifespan alone, as the animal he becomes?

Bound by the Moon, book 2

Jaden Matthews has now found and fallen for Maya Rawlings, his mate. They need to perform the binding ceremony, but their plans are hitting a few snags. Namely the rogues, which are stalking Maya.

If they don't complete the ceremony, Jaden will become the Jaguar he shifts into for the rest of the animal's lifespan. No more immortality or humanity, and no more Maya and forever.

Helena, Maya's mother, is back from the dead, and her cousin Lana is also on the rogues' radar. The stakes have just gotten higher. It's no longer just Maya's life that is in danger. The battle has begun to keep Maya and her family safe.

More immortals have offered their help to eliminate the threat. The rogues' actions and indiscriminate kills are also threatening discovery by humans.

The game of cat-and-mouse has begun. Who will be the victor?

Fire in the Moon, book 3

Balin Matthews has found his, mate Lana Rawlings. Unfortunately, due to her past and their unfortunate meeting in a lap bar, Lana is not best pleased with the mate fate has sent her.

Lara, Lana’s mother, is back from the dead and against the pairing - so Balin is going to have to work extra hard to win over not just his mate but also his future mother-in-law. A situation not helped when he has a Nymph stalking and determined to seduce him.

Things turn deadly when Maisie the black witch ups the stakes. Still pulling Davion, Lana's father’s strings, she hatches a plot to kidnap Balin to use as a bargaining chip.

Can Jaden and the other immortals reach him in time? Or will there be fire in the moon when the Phoenix let loose their inner talents?

Light Up the Moon, book 4

Balin’s recovery is uncertain, and there seems to be a new player on the field, a dream demon. The only problem is they don’t know if he’s friend or foe. Maisie is still out there somewhere, but is she still a threat, and if so can they find her?

Luc is now actively seeking a way to break the curse that Maisie put on him centuries ago. Could Sophia, the new member of Lana’s family, be the key to his salvation?

The stakes are now higher for everyone, as there are more than one set of mates that need to complete the binding ceremony.

This is a 4 books in 1 Audible book

I really enjoyed this 4 book Series, but be warned, there is quite a bit of explicit Sex especially in book #1. The Characters and World building was done well and the duel nature of the characters also was well done. This is Not a book for any but Adults, so keep that in mind if you have children who can get ahold and listen to this Audible book.

I loved the story! I did not like the narrator; I can’t say exactly why but I was not really impressed. It seemed to be no emotion where emotion was warranted. I did like the story itself there was action, adventure and romance. The thought of all those different supernatural’s working together for the community was wonderful. And I love boxed sets you have several stories in one place and you don’t have to change books all the time.

Eager to finish series, sadly will have to wait til I have time to read as the rest of thr books are not in audio form yet