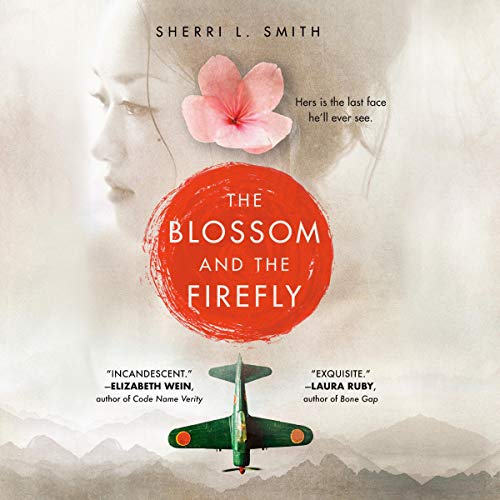 “This absorbing historical novel, set in Japan during eight days in 1945, thrusts two teens in the midst of war into a charged romance.” (Publishers Weekly)

“Smith’s beautifully written book examines the strength and limits of patriotism, while also being a quiet portrait of deep love . . . This is the kind of high-stakes love story that will leave readers stressed and sighing in equal measure, yet grateful to have seen the portrait of these two lives.” (Booklist)

“[Hana and Taro's] short time together easily lends the story the sighs and swoons of a doomed romance, but their relationship is not so much star-crossed as it is a genuine depiction of two terrified kids finding a respite, however brief, from the hopelessness of war.” (BCCB)

From the award-winning author of Flygirl comes this powerful WWII romance between two Japanese teens caught in the cogs of an unwinnable war, perfect for fans of Salt to the Sea, Lovely War, and Code Name Verity.

Japan 1945. Taro is a talented violinist and a kamikaze pilot in the days before his first and only mission. He believes he is ready to die for his country...until he meets Hana. Hana hasn't been the same since the day she was buried alive in a collapsed trench during a bomb raid. She wonders if it would have been better to have died that day...until she meets Taro.

A song will bring them together. The war will tear them apart. Is it possible to live an entire lifetime in eight short days?

Sherri L. Smith has been called "an author with astonishing range" and "a stellar storyteller" by E. Lockhart, the New York Times best-selling author of We Were Liars, and "a truly talented writer" by Jacqueline Woodson, the National Book Award-winning author of Brown Girl Dreaming. Here, with achingly beautiful prose, Smith weaves a tale of love in the face of death, of hope in the face of tragedy, set against a backdrop of the waning days of the Pacific War.

The Blossom and the Fireflyに寄せられたリスナーの声