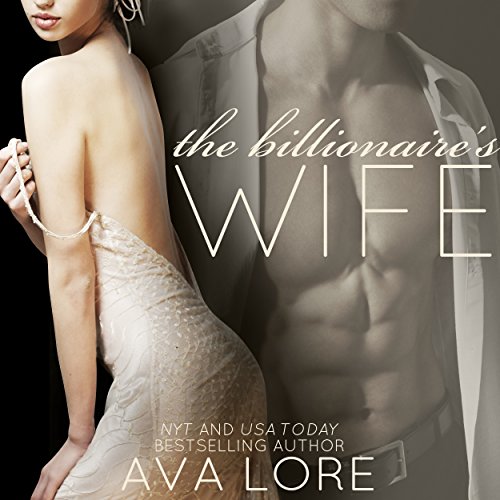 Starving artist Felicia Dare hates rich men. As far as she's concerned, they're all absent, philandering jerks who care more about money than people. And she should know. Her own father is a millionaire.

Or was. When he shows up on her doorstep and tells her he blew the GDP of Africa on bad investments and failed businesses, Felicia knows he's getting what he deserves. Except that's not all: her mother is sick, and he can't afford the payments for her treatments. He has a backer to save his company, but there's one catch: Felicia must marry him!

A modern woman, Felicia balks at the implication that her hand can be bought, and she sets out to give this backer a piece of her mind. But there's more to Anton Waters than money and power, and when they come face to face, Felicia realizes that saying no to his proposal may be harder than she thought!

The premise of this book is a good one and I may buy the written version because I can't seem to listen to more than a few lines without wanting to pull my hair out! The narrator has a strange, almost whiney voice that just puts me on edge. It's like nails on a chalkboard for me.

Ok.. it took me some time to get use to the narration, but once I did.... I totally loved this... Great storyline... Struggling artist, who totally hates her father... but agrees to marry a billionaire to save her father, because he lies to her about her mother... Once the (h) and (H) meet.. there is instant attraction.. so even without the threat from Daddy... the (h) was going to get her some of the (H)... he was just so dang hot!

Great ending too.. Nice smexy time all throughout the story...

Again.. Narration take a bit of getting used to ...but after a while you don't really noticed the weird accents..

What did you love best about The Billionaire's Wife?

Everything. Was well written. The story flowed well. Loved the narrator.

I loved both characters.

My favorite scene was when they were sitting in his basement.

I loved this story. Emotional, real life like with family. I loved the narrator also. She really gave it a flare. Brought it to life.

Narration could've been MUCH better

The narrator came across as completely uninterested in what she was reading. She did the voices well, but with a lack of interest. Almost to the point of being monotone.

I love the theme of the story. I've seen others compare this book to the 50 Shades series, but I don't think that is fare to Ava Lore. Yes, similarities like Anton being into some kinky sex and a lack of trust in love. However, Felicia isn't the innocent virgin, she just doesn't have trust in rich men due to her understandable daddy issues.

Yawn...I had to crank up the speed of the book in order to make my way through do to her monotonous narration. Of the 650 books I have in my Audible library, I think this narrator is one of my least favorite at this point.

Was The Billionaire's Wife worth the listening time?

yes, the story itself was worth the listen, once I got over the poor narration

If I had time to sit and read a paperback book for something other than being a beta reader, I think this is one I'd be picking up!!

What made the experience of listening to The Billionaire's Wife the most enjoyable?

This is my first audible book and I am really enjoying it. I usually ride in the car with the radio off but now I can hear a book which is great.

What other book might you compare The Billionaire's Wife to and why?

It almost as good as Fifty Shade of Gray, which I read all 3 books in less than a week.

What does Delphine Ste. Sirène bring to the story that you wouldn’t experience if you just read the book?

She make you feel as if your watching the story.