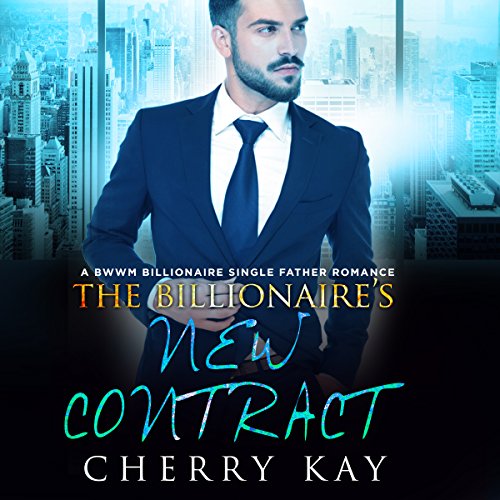 Charlotte Knight could not believe her luck when she landed a job working as a nanny for powerful billionaire Brady Douglas.

She also could not believe just how drop-dead gorgeous he was when she met him in real life.

So much so, that she began to develop a crush on the handsome single father of one.

However, the situation intensified once it became clear that Brady was just as interested in Charlotte as she was in him.

The billionaire soon realized that if he wanted to get to know her more personally, then he had no choice. He had to tear up the original agreement and present her with a new and revised contract.

A contract with extra additional benefits....

Warning: This audiobook is only suitable for adults due to the high amount of adult scenes that are included.

Love a happy ending where I can imagine myself in Charlotte's shoes. And I love an nice neat ending.

Such a great story! I love the descriptions of her luxurious life, and the suspense. The narrator's voice is slow and sultry. I highly recommend this series, and this book in particular!

I'll admit I'm kind of a sucker for these billionaire romances, but this is one of my favorite so far. Dramatic, sensual moments mesh perfectly with an unexpected level of excitement for an overall well written scenario. The narrator is pretty engaging with the story and really brings a lot of life to the ancillary characters, which is sometimes lacking in these sorts of novels.

I listened to it at the behest of the girlfriend on a long return road trip, which happens to be the circumstance where I at first begrudgingly gave romance audiobooks a try and got hooked. Feels like the first time!

It was slow going but a good romance with drama going on often wow !

The Billionaire’s New Contract was definitely worth the read. I truly enjoyed it. Thank you!!

The storyline is interesting and the narrator is good. Kept my attention from beginning to end. Karl has done the best job so far with books in this series. Hope he narrators more of them. Cherry did a good job with this one.

Good story...if you can put up with The narrator

It was a cute story, but I almost couldn’t finish because of the narrator of the story. He literally paused after every three or four words, and in some cases making a big deal out of a part of a sentence that really needed no extra exclamation. It was so bad, it got to a point where it was super annoying that when there was a part where he could use a little more exclamation on the dialogue, it didn’t matter because he read the same way the entire book. It’s still a good story if you can put up with the narrator.

I loved the story...

The story and plot where fine. The narrator take on how to voice black women, sucked. They lived in New York but both black women sounded like ghetto country bunpkins

It was rushed in places not sure why they gave this a sexual explicit context rating. The author has potential this seems like a first attempt at writing it was painful and I honestly tried. The narrator was horrible as well voices did not work with the characters. Don’t waste your credits or money. You will be sorry

the narration is a slow and is terrible to listen

narrator is awful to listen to. its slow and drawls. puts in to a deep sleep