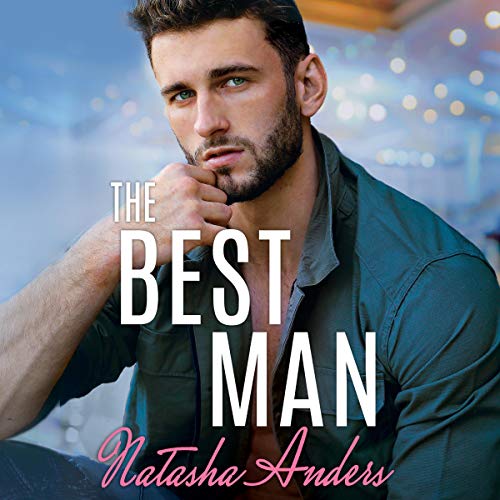 It has all the makings of a picture-perfect wedding. There’s just one detail that could have used a little more planning...

Hulking ex-rugby player Spencer Carlisle has crushed on Daffodil McGregor since high school. On the field he knew the moves. Off, he was a clueless clod who never gained an advantage. Rejected and rebuffed, his infatuation finally cooled - like ice.

Now, it’s impossible not to feel the chill - since he’s the best man and she’s the maid of honor at their siblings’ wedding. For the sake of harmony, they’re calling a truce.

Daff has her reasons for being a cynic when it comes to romance. And twice as many for not letting on that she finds Spencer attractive - although she’d rather gnaw off her thumb than admit it. Still, there’s more to the sweet and sexy lug than meets the eye. Maybe he is the one who can heal her emotional scars. Maybe he’ll give her a second chance. Because Spencer could be Daff’s own best man - if it’s not too late to come to terms with the past.

I really enjoyed reading this author.  I look forward to reading more books by this author in the near future.

I follow this author and usually love her books but this one had long drawn out sex scenes that were pages long in description. Too long . I found the language used in this book and series very crude and vulgar. I listened to both book 1 and 2 of this series but because of the crudeness I won't be listening to
book 3

I laughed so hard! Such a fun listen. Highly recommended to all of my friends.

natasha anders does it again

the narrator was super quiet. the story was amazing. I felt bad for Spencer quite a bit. but Daff was going through what many people do in learning about herself. readers can relate to her

I’ve listened to all her books and they are really worth the money. I recommend them all.