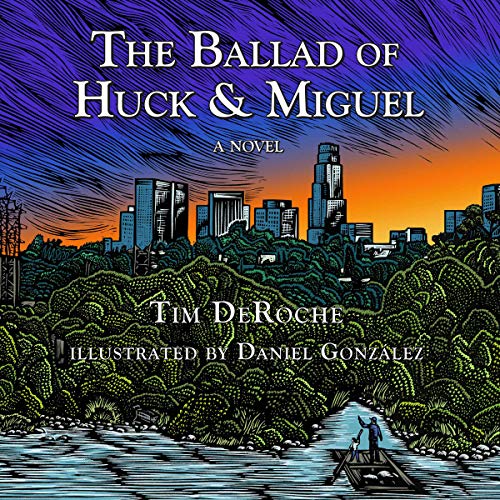 In this retelling of Mark Twain's The Adventures of Huckleberry Finn, Tim DeRoche dares to imagine Huck Finn is alive today. Chased by his vengeful and psychotic father, Pap, Huck escapes down the concrete gash that is the Los Angeles River with his friend Miguel, an illegal immigrant who has been falsely accused of murder.

Riding the dangerous waters of a rainstorm, the two fugitives meet a strange cast of Angelenos both animal and human who live down by the river. They learn the true value of love and loyalty.

The Ballad of Huck and Miguel is not only a thrilling urban adventure, but also an inspired tribute to one of the most beloved novels ever written.

The Ballad of Huck & Miguelに寄せられたリスナーの声