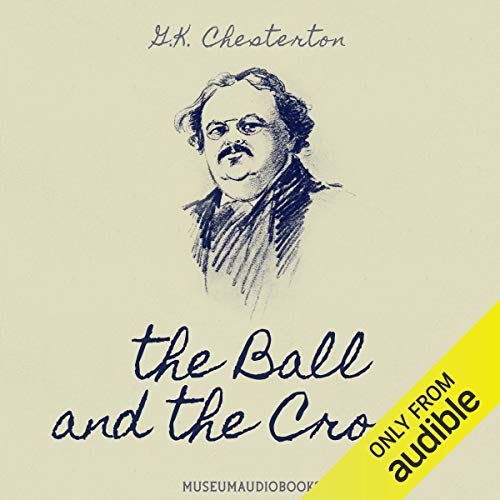 The Ball and the Cross

The 1909 novel The Ball and the Cross by G K Chesterton is about the struggle between a worldly and religious worldview, represented by a ball, and the cross, representing Christianity. The first part of the novel involves debates about rationalism and religion between a Professor Lucifer and a monk named Michael, while the rest of the narrative concerns dispute between a Jacobite Catholic named Maclan and an atheist socialist named Turnbull. Both hold fanatic opinions and prepare for a duel that is proposed but never fought, inspiring a slew of comic adventures with allegorical dimensions.