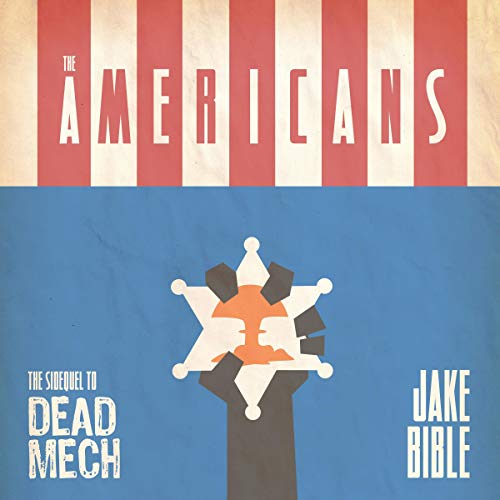 The exciting sequel to Dead Mech is a hell ride through Europe, Asia, and beyond as American ghost Heather Walton must save her family, her friends, and an all-important cargo. The world has survived the North American zombie apocalypse. But Americans struggle to maintain their place in a world where the powers-that-be no longer want them. They will stop at nothing to put an end to their standing and their very existence!

Haven’t listened to Dead Mech? Not a problem! The Americans is a stand-alone technothriller novel that takes place at the same time as the events in Dead Mech. Listen to either one first then get ready for the third and final book in the Apex Trilogy, Metal and Ash!

If you loved book one be warned yes this cyber puck ish story is tied to the first book. Just read on the book if you think about stopping like I did. The reason such a low score for a good book is I went into it thinking it would countinue the apost apoc mech survival story. Yes hints drop through out the story that might have tied it to the first book. It did get typed to it in chapter 25 ish, if I remember right. Yes 25 ish out of 35 chapters. It starts off like a Cyber Punk Campaign I played once and not a post apoc zombie story. Late in the book do you see your first zombie, mech or post apoc story line. The first book started off as a mad max with zombies. While book two was a Bladerunner or fifth element with zombie late in the book Yes such a big shift. but in the end Mr. bible does tie them together. In the end there is a epic cliff hanger. To Mr. Jake Bible, keep up the great work. I am going to try to get book three when I can. The Harlow/stomper meets the others must be epic. Will shiner get a cyber punk body? how bad off is one arm after waking to life again? More epic coffee?