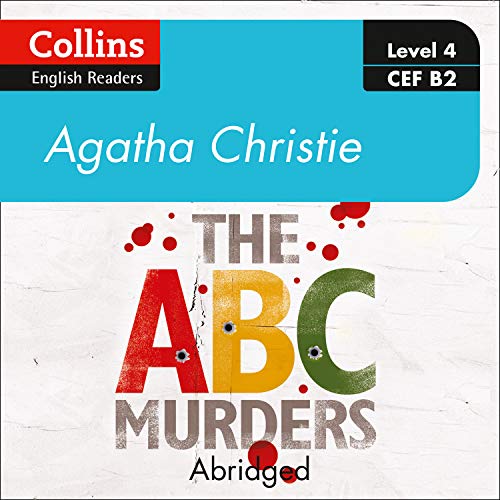 Agatha Christie is the most widely published author of all time and in any language. Now Collins has adapted her famous detective novels for English language learners. These readers have been carefully adapted using the Collins COBUILD grading scheme to ensure that the language is at the correct level for an intermediate learner. This book is Level 4 in the Collins ELT Readers series.

Poirot has a new challenge on his hands. The A B C murderer killed Mrs Ascher in Andover, then Betty Barnard in Bexhill, then moved on to Sir Carmichael Clarke in Churston – his pattern is clear. A B C even likes to write to Poirot and tell him where and when the next murder will be. So it should be easy to catch him, shouldn’t it?

‘Let us see, Mr Clever Poirot, just how clever you can be.’

I know who did it