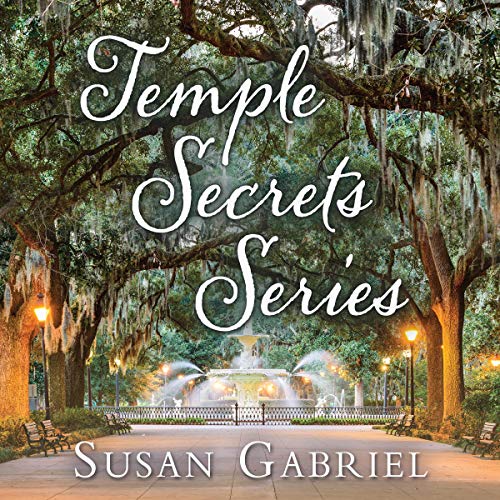 A town held together with secrets. A wealthy widow looking for an heir. One choice could shame high society into submission.

Eighty-year-old Southern aristocrat Iris Temple’s health may be failing, but her wit is as sharp as ever. Before she joins her ancestral ghosts, she must pick an heir to take over her sprawling estate - and the book of secrets that's kept her family in power for generations. But between her scheming son, her estranged daughter who abandoned Savannah years ago, and her illegitimate half-sister, she’s working with slim pickings.

If you like Southern humor, headstrong women, and twisty mysteries, then you’ll love Temple Secrets, a compelling tale of an unconventional inheritance.

A family legacy in danger. A stranger in their midst. Do they have the strength to survive the gathering storm of secrets? For the Temple women, the winds of change are blowing. And if they’re not careful, it could sweep them all away....

With a storm of trouble brewing across the island, the Temple women will have to survive more than a force of nature to put their ghosts to rest.

Enjoy Gullah Secrets, the sequel to the best-selling novel Temple Secrets and a hilarious and warmhearted saga.

Loved these 2 stories combining the best and worst of the South - old and new, black and white. A story of perserverance and love.

Excellent narrative. Can visualize characters, settings, and actions. Loved it so much am going to buy hard copy.

Nothing like Midnight in the Garden of Good & Evil

I ordered this book because it was represented in an advertisement to be a good follow up to Midnight in the Garden of Good and Evil....but it's not. It's not a horrible book but I wasn't interested enough to listen to Part II. I think it was the misrepresentation in the advertisement that fueled much of my dissappointment.

I started listening and didn’t want to stop. Loved the characters personalities and injections of humor. You feel part of the story, and being from the south it was spot on. Reminded me of Midnight in the garden of good and evil...