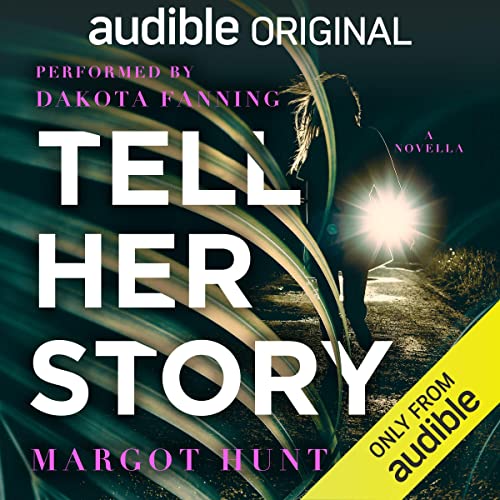 From the author of Buried Deep and The House on the Water comes a shocking thriller about a young podcaster who’s investigating a cold case in her hometown and determined to uncover the truth at any cost.

Paige Barrett was living her dream as a journalist in New York City, racking up bylines as a staff writer at The Razor, a cutting-edge online magazine. But when she’s suddenly fired from her job and dumped by her boyfriend, she finds herself back home in the quaint seaside town of Shoreham, Florida, waiting tables and living in her sister’s guesthouse.

Restless and itching for something meaningful to occupy her time, she decides to launch a true-crime podcast about the death of Jessica Cady, a beloved teacher who died mysteriously 20 years earlier. The case went cold with no leads and no suspects, but the more Paige digs into the woman’s death, the closer she comes to a killer. In a small town like Shoreham, it’s impossible to keep a secret forever.

How to blow up your life in 1 easy step

Incredible writing, this script just grabs you from the get go and never turns loose. The characters are meaty and fully formed into folks you want to go to a coffee date with. Dakota Fanning is her incredible self, you always know she is going to wow you in everything she does. I suddenly have a desire to listen to podcasts. Strange?! Truly excellent, I hated for it to end. Thanks to all, the author, actors, producers.

I love the short story packed with much suspense! It was short and sweet and kept me wanting to listen.

I enjoyed listening to this. The narrators did a terrific job. The story was well thought out and kept giving just enough info to keep you interested and feeling like you were trying to crack the case.

this story was heartwarming and heart-wrenching at the same time. families were destroyed because of foolishness early on and later destroyed due to selfishness at the end. I love the technique the reporter uses to get to the bottom of things. she probably saved the father's life.

Intriguing Short Story with excellent narration. Entertaining until the end and it left me a little sad w/ the turn of events.

Just like the other reviews enjoyed this quick story and would like to see another tale. Fanning and the other characters was great and even though I knew from almost the beginning I couldn’t stop listening. And I also liked the way they used the podcast in the audio.

Podcast on a cold case

Very enjoyable ,I’m a mystery fan and also listen to all sorts of podcasts .good job ,would like to hear more from this author.

Great short audiobook, not much revelations nor many red herrings to chose from but realistically - what would one expect in a short story?!

The reopening of a cold case for a true crime podcast- no loose ends. Impressive for such a short story. Enjoyed it.

Loved the storyline the plot was excellent and the characters, brilliant twist to the end. Narrators brought the plot to life.

I enjoyed listening to this book. The narration was great especially Dakota Fanning. I was engrossed in the story although I guessed the ending. Very good experience.

I really enjoyed this book! Dakota’s voices were sometimes not distinct enough between the characters but it was a good listen

A good foundation story, twist at the end and its all wrapped up in a neat little bow.

Well narrated. Enjoyable on the whole although easy to guess whodunnit quite early on.. Felt that the plot was a little unbelievable.

Great performances of a well written story , thoroughly enjoyable. I would recommend this too anyone, very little violence or action .

Listened to in one sitting, couldn't stop listening.
While I suspected the brother in law, I never saw the sisters reaction coming. Loved the narrations too.

No curly twists in this one but still a well written story. The narrator was also well suited.

Well written and performed. Loved this short story. Never guessed who rhe killer was until it was revealed

Great story and Dakota Fanning’s narration was well worth the listen. I would recommend to listener’s.

Really enjoyed this story. Perfect length for a morning knitting session.
I hope there is follow on!