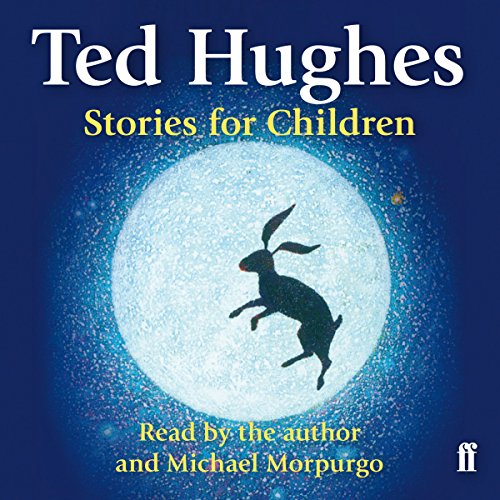 This new audio selection opens with Ted Hughes’ recording of The Iron Man, a classic of our times. It also includes Hughes’ original readings from his spellbinding Creation Tales, with two previously unrecorded stories read by Michael Morpurgo.

Ted Hughes (1930-1998) was born in Yorkshire. His first book, The Hawk in the Rain, was published in 1957 by Faber & Faber and was followed by many volumes of poetry and prose for adults and children. He received the Whitbread Book of the Year for two consecutive years for his last published collections of poetry, Tales from Ovid (1997) and Birthday Letters (1998). He was Poet Laureate from 1984, and in 1998 he was appointed to the Order of Merit.

Michael Morpurgo is an internationally acclaimed children's author, with over 60 books to his name. He lives in Devon, where he and his wife run the charity Farms for City Children.

A "recycled" audiobook, but still enjoyable

This particular audiobook is an interesting release. In fact, it’s just a blend of ‘The Iron Man’ and selected ‘Tales of the Early World’ rolled into one. It is unique in that Michael Morpurgo, another famous writer, has narrated several stories that were not read by Hughes himself back in the days of the humble audio cassette tape. However, if you have already bought either of the aforementioned books above, then this release will sound all too familiar to you.

Another thing that I find curious is why Michael Morpurgo didn’t simply re-narrate ‘The Dreamfighter’ stories as a separate release. That’s not to diminish Ted Hughes’ own narrations – in fact, his voice is very soothing and he includes emotion in all the right places, as does Michael. It just seems rather jarring to go from one storyteller to another when you've become so used to hearing Hughes’ voice after a certain amount of time has passed.

However, if you’re a fan of Ted Hughes and are eager to introduce first-time listeners to his stories, then this seems like as good as any for them to test the waters.