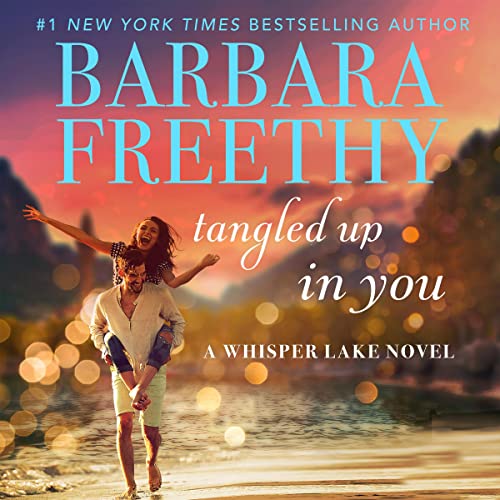 Tangled Up in You

Molly Trent is an adventurous, free spirit whose turbulent childhood has driven her to a new mission in life—to make people feel better. Unfortunately, a series of burglaries at her new wellness shop puts her in the path of a cynical and suspicious detective who thinks she does more harm than good. She's used to criticism, but she sees something in the tightly controlled police detective that she wants to unleash, if only she could get him to trust her.

Trust doesn't come easily to Detective Adam Cole. He has been a loner for as long as he can remember. He's very good at protecting people. He's great at being a friend, but relationships that go beyond that—not so much. After a heartbreaking tragedy in his early 20s, he put up walls that are never coming down. Despite what Molly Trent might think, he does not need help or herbs to be happy.

Unfortunately, what he needs is her. The chemistry between them almost makes him wonder if she hasn't cast some sort of spell over him. But he fights their attraction hard, because he doesn't do forever, and he can't imagine that an optimistic romantic like Molly would settle for anything less. But when they get tangled up in life and love, anything can happen....

Irresistible and captivating romance awaits in Tangled Up in You, the next book in the Whisper Lake series.

Don't miss any books in the Whisper Lake series:

Wow another fantastic story in this ongoing series. As always Ms Freethy’s stories are full of drama, suspense and love. This was no exception. A truly delightful and heartbreaking story at times. I loved Adams and Molly’s connection. I adore this narrator too. It made the story so much more real.