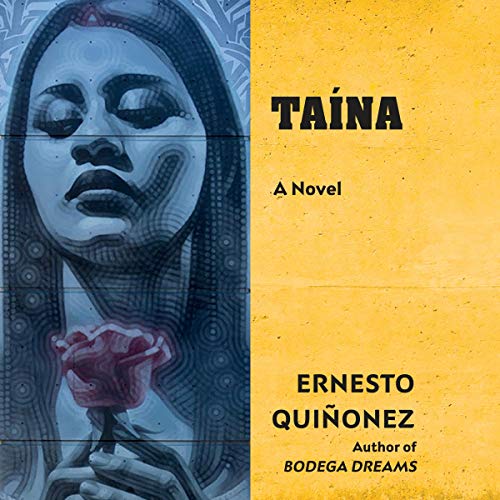 "Latin American magical realism leaps over any borders and ends up in the barrio of Spanish Harlem. A love story, coming-of-age story, a mystery, a whodunit story, and ultimately a story of true love in the broadest sense." (Julia Álvarez, author of In the Time of Butterflies)

“Taína is a searing search for the meaning in what we choose to believe and the stories we tell ourselves. […] This novel's belief and trust in love is something we desperately need to hear.” (Helena Viramontes, author of Under the Feet of Jesus)

A uniquely dark, coming-of-age novel rife with urban magical realism, love, and redemption, from the author of Bodega Dreams

When Julio, a teenager living in Spanish Harlem, hears that Taina, a pregnant15-year-old from his high school claims to be a virgin, he decides to believe her. Julio has a history of strange visions and his blind and unrequited love for Taina will unleash a whirlpool of emotions that will bring him to question his hard-working Puerto Rican mother and his communist Ecuadorian father, his beliefs and even the building blocks of modern science (after seeing the conception of Taina’s baby as a revolution in nature).

After meeting Taína's uncle, "El Vejigante", an ex-con with a dark past, he accepts his proposal to support her during her pregnancy and becomes entangled in a web of crime that, while taking him closer to Taína, ultimately reveals a family secret that will not leave him unscathed.

Two angels did not fight to make Taina's baby. I wish the truth had come out.

Molina nailed Julio’s perspectives in this awesome story. I grew up reading Zora Neale Hurston and felt this is the Puerto Rican version of Their Eyes Were Watching God (which is another great Audible performance).