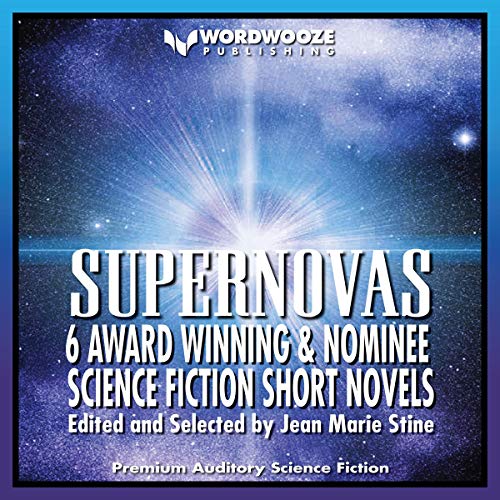 All the stories in this unique anthology were voted to be among the top stories of their year. We believe each would be a top story of any year.

Rog Phillips’ other stories are eclipsed by his psychological thriller, the brilliant Rat in the Skull, which received a well-deserved Hugo Award nomination.

In H. L. Gold’s “Inside Man”, he dreams up brand-new wrinkles on ESP no one else, including you, has ever thought of. The special quality of this work was endorsed by his colleagues when it was nominated for the Nebula Award for best short story.

The Encyclopedia of Science Fiction praises Leigh Brackett’s “The Stellar Legion” for its color, narrative speed, the brooding forthrightness of its protagonists, and the economy and vigor of her style, so it is hardly surprising that it earned a Retro Hugo Award nomination.

Evelyn Martin’s Reluctant Eve, winner of the Jules Verne Prize for most outstanding achievement in the science-fiction field for 1956, was the first science-fiction romance and is still an enthralling story today.

Don Wilcox's “The Voyage That Lasted 600 Years” (1940) was the first generation starship story and the first to incorporate the breakthrough notion of Earth developing faster-than-light ships that beat the generation ship to its destination - a worthy recipient of a Retro Hugo nomination.

Wherever you are on the spectrum of science-fiction knowledge or fandom, you’ll find hours of enthralling listening (and relistening): forgotten favorites for long-time science-fiction fans and an introductory grand tour for those new to the genre.

Reluctant Eve is dated . The Voyage that lasted 600 years has a clever twist that now seems trite only because it has been repeated so many times since this story was written. I thought the other four stories were very entertaining. Scanners Live in Vain is one of the iconic stories of sci-fi. I thought the narration was outstanding

This was actually an enjoyable anthology of science fiction short stories. All the stories were interesting, had a good narrator, and it was worthwhile listening to this.