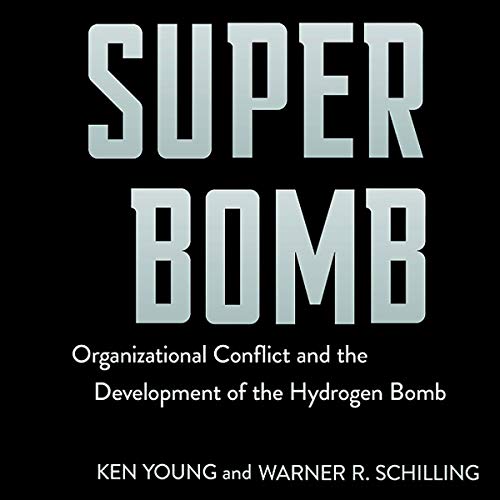 Super Bomb unveils the story of the events leading up to President Harry S. Truman's 1950 decision to develop a "super" or hydrogen, bomb. That fateful decision and its immediate consequences are detailed in a diverse and complete account built on newly released archives and previously hidden contemporaneous interviews with more than 60 political, military, and scientific figures who were involved in the decision.

Ken Young and Warner R. Schilling present the expectations, hopes, and fears of the key individuals who lobbied for and against developing the H-bomb. They portray the conflicts that arose over the H-bomb as rooted in the distinct interests of the Atomic Energy Commission, the Los Alamos laboratory, the Pentagon, State Department, the Congress, and the White House.

But as they clearly show, once Truman made his decision in 1950, resistance to the H-bomb opportunistically shifted to new debates about the development of tactical nuclear weapons, continental air defense, and other aspects of nuclear weapons policy. What Super Bomb reveals is that, in many ways, the H-bomb struggle was a proxy battle over the morality and effectiveness of strategic bombardment and the role and doctrine of the US Strategic Air Command.

"Super Bomb portrays conflicts that arose as rooted in the distinct interests of several institutions, providing both generalists and specialists a better understanding of the world in which we live." (Joseph M. Siracusa, Royal Melbourne Institute of Technology University)

"Brings new evidence to bear on an important historical issue and engages in detail with the existing scholarship. This is a work of high quality." (David Holloway, Stanford University, author of Stalin and the Bomb)