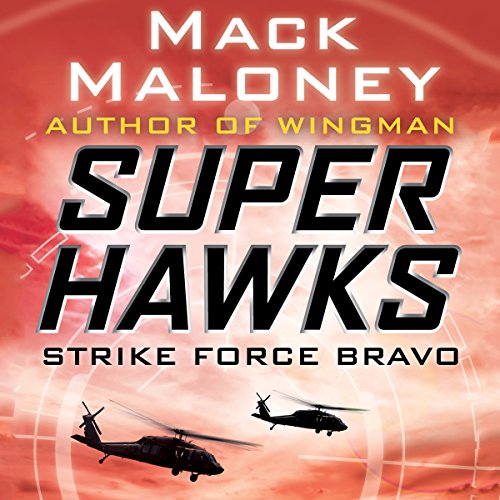 The counterterrorism battle shifts to Southeast Asia in the second explosive Superhawks thriller from Mack Maloney, best-selling author of the Wingman series.

A terrorist cell with direct links to al-Qaeda's leader captures Singapore's Tonka Tower Hotel, one of the world's tallest skyscrapers. The terrorists contact dozens of news organizations so the world can witness its destruction. News copters surround the building just as the Superhawks enter - rappelling from military choppers, guns blazing, disarming the terrorists' bombs seconds before they detonate. It would seem that kudos are due, but the Superhawks are supposed to be top secret. The Pentagon bigwigs are steamed and send in a team of Navy SEALs to wrangle with the Superhawks. But al-Qaeda is hatching a new plot involving Stinger missiles. Can the Superhawks stop it in time? Or will the sprawling American military bureaucracy trip itself up before they even have a chance to try?

No where near as good as the first

I found myself fast forwarding quite often. I had high hopes and have been let down. I'm going to get the 3rd edition and hope it gets back to what made the first one so entertaining.