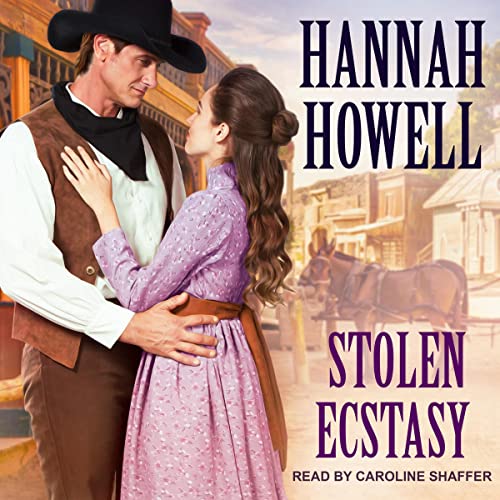 New York Times best-selling author Hannah Howell breathes life into the gunslinging Old West in this tale of a brave, adventurous woman and the dangerous outlaw that captures her heart.

In one night, Leanne Summers has lost her home, her every possession, and learned that everything she's ever believed is a lie. So when she witnesses a bank robbery in progress, she doesn't think of the consequences. She steals a gun, barges in - and finds herself being held captive within minutes.

The moment Hunter Walsh locks eyes on Leanne, he knows he should leave her behind. The desire he feels for her is a distraction he doesn't need. But abandoning a brave, impulsive woman is turning out to be much harder than it should be. For even the most ruthless outlaw can't ignore an irresistible temptation....