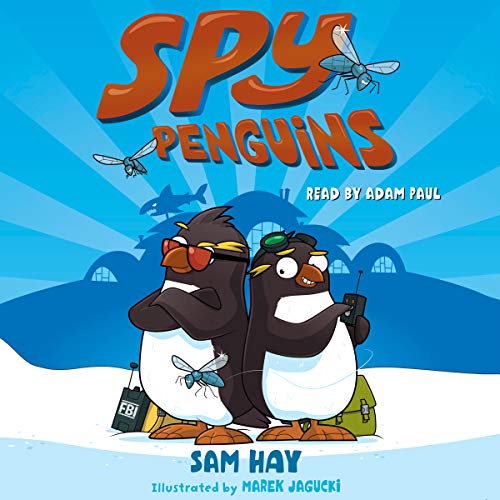 Adventure-loving penguin Jackson dreams of being a secret agent like his Uncle Bryn, who works for the Frosty Bureau of Investigation. Jackson and his gadget-inventing best friend, Quigley, might officially be too young to join the FBI, but they aren’t going to let that stop them! They just need to come up with the right plan to prove they are worthy.

But when one of Q’s inventions goes dangerously wrong, Jackson suddenly finds himself dropped right in the middle of an FBI stakeout. There’s fishy business afoot at the city’s aquarium; rare fish are vanishing, and not even the FBI can work out what’s going on. It’s up to Jackson and Quigley to solve the crime!