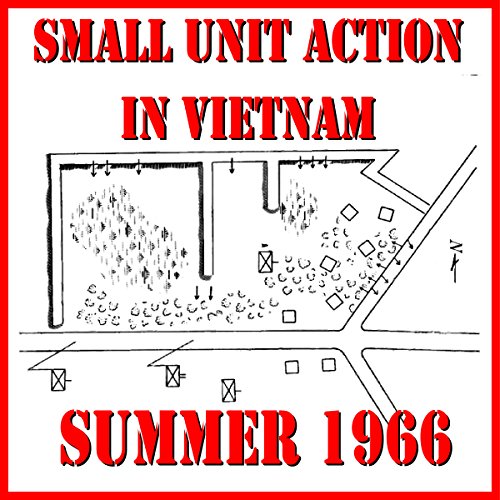 This book was written as a "lessons learned" guide for fighting men. It relates incidents of actual small unit combat. Compiled by an author who accompanied the men into combat it relates the personal stories of the men on the ground. Included are the details of nine encounters. From fighting in mine laden paddies, ambushes, artillery spotting missions, and dealing with snipers on the march. In all a thrilling account of several combats presented in the words of the men on the ground.

Brings you right into the fight. Proud of my brothers from before my time. Semper Fi Marines.

Where does Small Unit Action in Vietnam, Summer 1966 rank among all the audiobooks you’ve listened to so far?

Somewhere in the middle - the appeal is detailed accounts of small unit actions, as the title says. Having friends and acquaintances who were in the war, It was interesting to hear how these unfolded.

What was one of the most memorable moments of Small Unit Action in Vietnam, Summer 1966?

This is something like a set of after action reports transformed into narrative, so it's well written, engaging, but also dispassionate and analytical. There's no slow motion, war movie moment to point out, so while the gallantry of the marines is conspicuous, if you need patriotic or dramatic 'gravy' on your military history to make it consumable, look elsewhere.

It doesn't detract much from the read, so don't skip the book for this reason if it appeals, but the UK narrator needed a dictionary, and to use it. Place names ("Pelelouie" instead of Peleliu), military jargon and abbreviations (Col. read "cole" instead of "colonel), US names ("Jimenez" with a hard J instead of H), etc. are among copious pronunciation errors. This elicited a wince every 20 minutes, so not a major issue, but seems to me a paid narrator should look up words they don't know rather than sounding them out like a five year old.

As above, the narrator, while serviceable, made me wince/groan every 20 minutes by being too lazy to look up pronunciation of words he didn't know.

The purpose of this book was to train officers and men headed into Vietnam, so it's relatively optimistic and can do in its accounts of combat, but one can infer pessimism from the ambiguity around interactions with civilians here in '66.