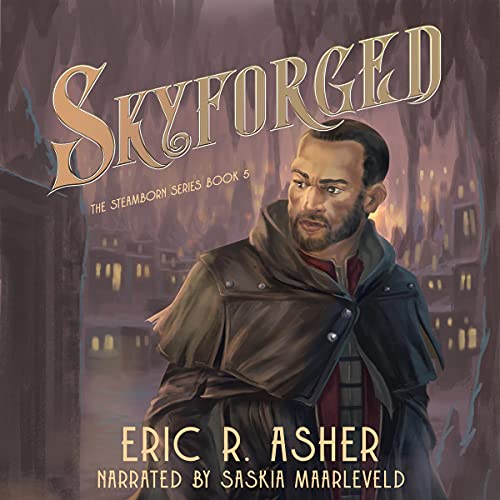 A past unwritten. A shadow fallen. An enemy unmasked.

Time grows short to secure the desert city of Midstream. Fel struck a devastating blow, and it’s only a matter of time until their next attack. Out of options, Jacob turns to the abandoned works of Charles von Atlier to create a Titan Mech. The towering machine may be just the weapon they need to protect the city.

But Mordair’s thirst for power is escalating. As King of Fel, he is taking full advantage of his alliance with the kingdom across the sea. Together, they’re preparing a siege on Belldorn sure to split their enemies’ focus.

Jacob and Alice are placing all their hopes of salvation in the Titan Mech when a terrible discovery in the Red Woods proves even that won’t be enough. Somehow, someway, they must strengthen their defenses. The quest to come will be their riskiest yet as they journey straight into the heart of Fel itself.

Jacob and Alice are out to change their world. Each using their own style of smarts to push for a better life. This journey just keeps getting more interesting. I am absolutely on the edge of my seat each time they get those gliders out.
Asher really throws us a bone after taking away a beloved mentor several books ago by sneaking in a long lost member of the tinker's guild and really letting his presence linger and influence the other characters. I love a brilliant and eccentric genius especially one that we already know so much about.
I'm really looking forward to more of this journey.

Looking forward to the Next Installment!!!

I have loved this series from the beginning! it is always fun and the characters are loveable! Keep up the great work!