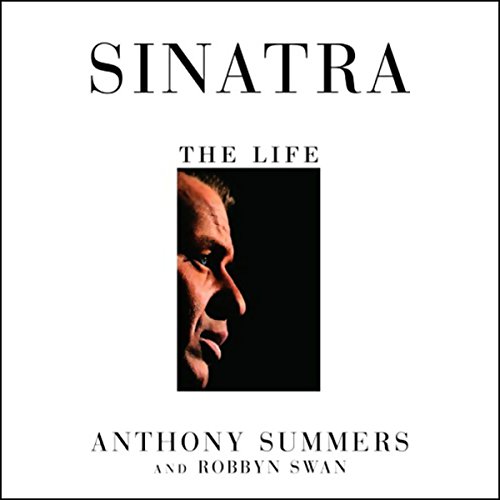 Sinatra is the story of an American icon who held the imagination of millions for more than 50 years and whose influence in popular music was unsurpassed in the 20th century. As a child, he said, he had heard "symphonies from the universe" in his head. No one could have imagined where those sounds would lead him. Tracing the arc of this incredible life, from the humble beginnings in Hoboken to the twilight years as a living legend in Malibu, Sinatra follows a career built on raw talent, sheer willpower, and criminal connections.

Drawing on a treasure trove of documents and interviews, Anthony Summers and Robyn Swan reveal stunning new information about Sinatra's links to such Mafia figures as Sam Giancana and Lucky Luciano. And we see for the first time where the Mafia connection began, how and why it lasted, and how it impinged on others.

Here, too, is the core of the private Sinatra that the singer so long concealed. The heartbreaking truth about his passion for Ava Gardner emerges from never-before-published conversations with Gardner herself. In exclusive, intimate interviews, the women who loved Sinatra share memories of the joy and pain of their relationships with him. And we learn what it was like to be the friend of a man who was generous and loyal to a fault, yet who could turn abruptly into a vindictive brute.

Dramatic, eye-opening, and unfailingly fair-minded, Sinatra is masterful biography: the revelatory story of a brilliant artist and an infinitely complex man.

"The pair also break new ground in depicting what they describe as Sinatra's alcoholism ... their delivery is a lot closer to objective biography than tabloid sensationalism." (Publishers Weekly)

A great peek at the crooner

This audiobook is primarily concerned with Sinatra's mafia connections and the need he felt to be the toughest guy in the room. It is tough on ol' blue eyes, but honest and entertaining.Full of never before brought up anecdotes, and a full analysis of the films in Sinatra's career, this audiobook is a well done and truthful biography.

I am not a huge Sinatra fan but I am very glad I read this book. He and his contemporaries played major roles in the early days of US entertainment industry - music, stage and movies. The 'behind the scenes' stories were fasfcinating. But I particularly enjoyed the early years of his life - those that covered intersting details about Italian immigrants and particularly his mother's influence on New Jersey Politics.