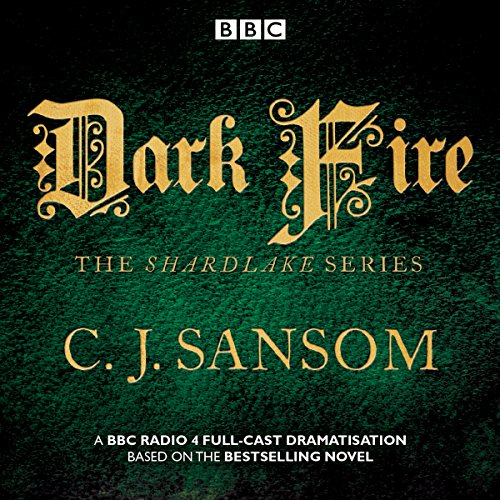 Summer, 1540. It has been three years since the terrible events at Scarnsea monastery, and lawyer-detective Matthew Shardlake is living a quiet life in London - until a summons from Cromwell sees him embarking on another dangerous secret assignment.

Someone has stolen the last barrel of 'Greek Fire': a legendary, highly potent incendiary weapon thought lost since the fall of Constantinople. Shardlake is tasked with tracking it down - and he must move quickly, for Cromwell is out of favour with the King and is relying on the precious substance to save his skin.

But Shardlake has another, equally urgent case to deal with - defending an orphan girl, Elizabeth Wentworth, who is accused of murdering her young cousin. Aided by Cromwell's man, Barak, Shardlake must race against time to solve both cases, for the fates of both Cromwell and Elizabeth depend on him....

A very good BBC adaptation of Dark Fire it kept to the story & didn't omit anything that would detract from the mystery. I love the Shardlake books & this was a very good adaptation.

I just love these Shardlake full cast productions and have them all. These are thrilling atmospheric and full of Tudor life as if we are taken back in time to the horrifying times of King Henry 8th’s dark days of treachery, treason, murder & religious mania, dark & dangerous times. I think myself lucky not to be born in that era. Justin Salinger & Brian Dick work well together bringing the characters Shardlake & Barack to life. These are well produced and well directed shows, I hope there will be many more. LOVE THIS ❤️

I felt as if I was there! Thoroughly enjoyed it. Something different for a crime story.

Slashed and cut. Enjoyable but massively trimmed - the audio of the book is miles better.

I have been a fan of the Shardlake novels, and this BBC adaptation has done the series proud.

interesting but over priced

listened to a previous book but sound quality was poor, this is much better but very pricey for a short story