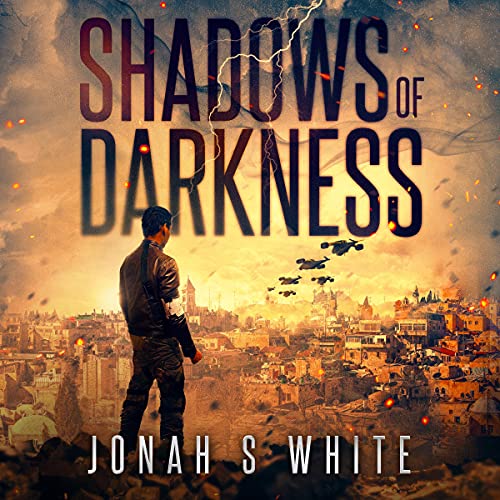 The Great Tribulation is near... Greater darkness is coming.

Find your place and purpose in the apocalypse era.

James Janis, a freedom fighter and hunted fugitive journeys across the world to find his purpose trying to protect innocent lives from the tyrannical global Federation. A regime, under the control of antichrist, that has replaced the previous international government establishments.

James joins up with a religious based resistance faction that is staging a grand operation that can save thousands of lives from the Federation's grip. An operation that could fulfill an ancient biblical prophecy predicting a future second exodus.

With lives at stake, will James alongside this resistance faction pull off such an operation? Or will they face total defeat by an enemy force determined to drive this prophecy into extinction, along with anyone who opposes them?

The Apocalypse era is closing in on its midpoint; ultimate evil is about to take the global throne.

The reading was pretty robotic in a lot of places.

The story is about a plan set up in IsraEl to facilitate the Greater Exodus prophesied in Scripture as seen through the eyes of James Janis, a young man of Black and Asian descent. James is at turns brave and courageous, then selfish and self-centered, saving some while recklessly causing the death of others. He does some growing and maturing, clearly being forged into a leader. This is the first story I've seen with what I know to be the Truth regarding the Greater/Second Exodus. The story is well written but needed editing, especially early on when James speaks of 3.5 months rather than 42 months of protection in the wilderness. This is corrected near the end. Lots of action!! Hoping that book 2 will be put on Audible. I listened to this very appropriately during Feast of Tabernacles.